micro-RNA expression predominantly decreases in aging aortas and is modulated by MR in smooth muscle. 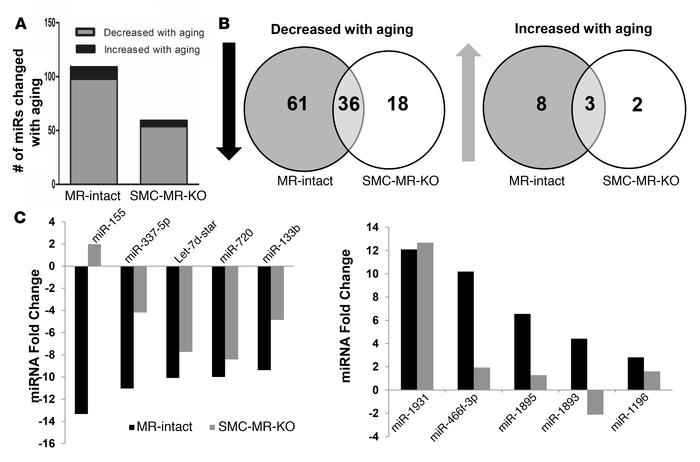