Comparative histopathology of mouse and human HBs and HCCs. 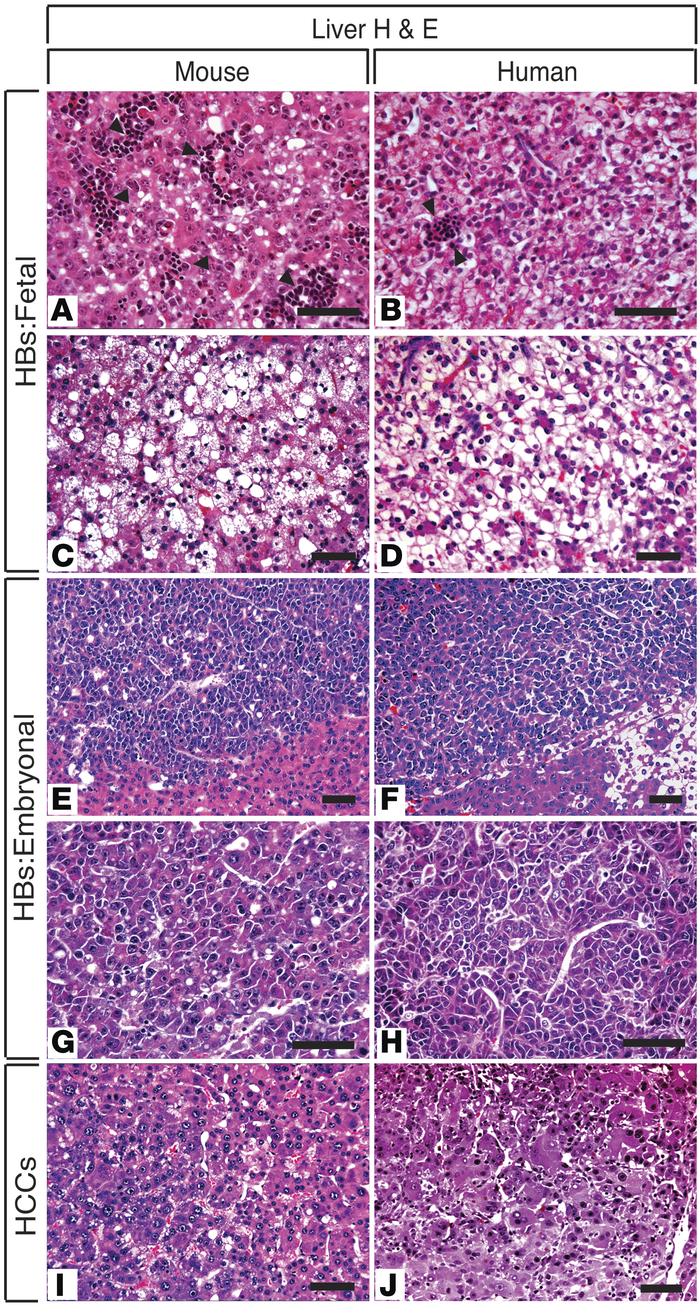 Photomicrographs of H&E-stained liver sections showing (, , , , and ) hepatoblastomas (HBs) and hepatocellular carcinomas (HCCs) that develop in β-catΔEx3:Myc mice, (, , , , and ) with their human counterparts. In all cases, mouse tumors bear striking resemblance to human HBs. Well-differentiated fetal HBs contained ( and ) eosinophilic or ( and ) clear cells. Extramedullary hematopoiesis is present in () mouse and () human fetal HBs (arrowheads). Embryonal HBs with a trabecular growth pattern consisting of small angulated cells with a high nuclear/cytoplasmic ratio. Note that, in contrast to the fetal HBs in and , () fat or glycogen is absent. Well-to-moderately differentiated () mouse and () human microtrabecular HCCs containing hepatoid cells. Nuclear atypia and heterogeneity are evident. Scale bar: 50 μm.