DNA methyltransferase 1 (DNMT1) expression is lower in M2 than in M1 adipose tissue macrophages (ATMs) and is upregulated in isolated ATMs from mice. 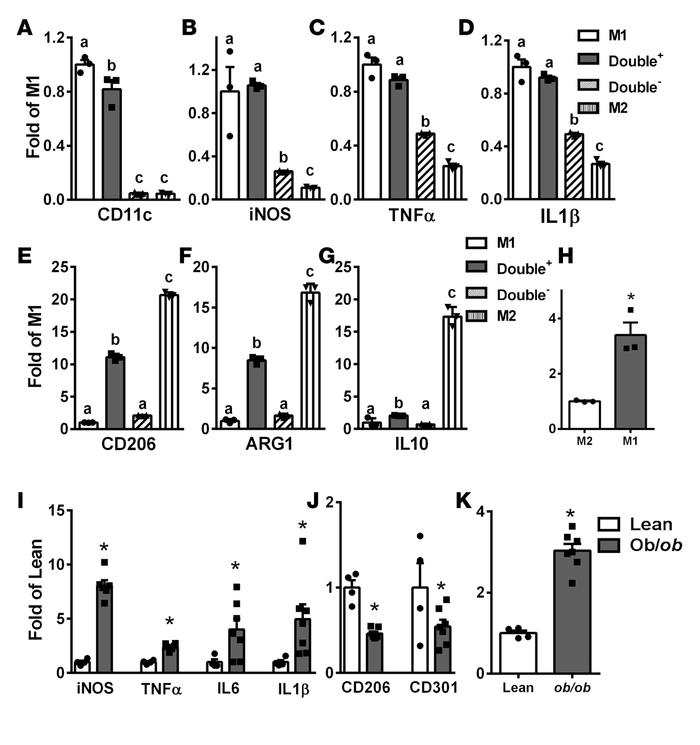