Effect of miR-181a-5p and miR-4454 mimics or inhibitors on the expression of catabolic, inflammatory, cell death, and matrix markers in facet joint osteoarthritis chondrocytes. 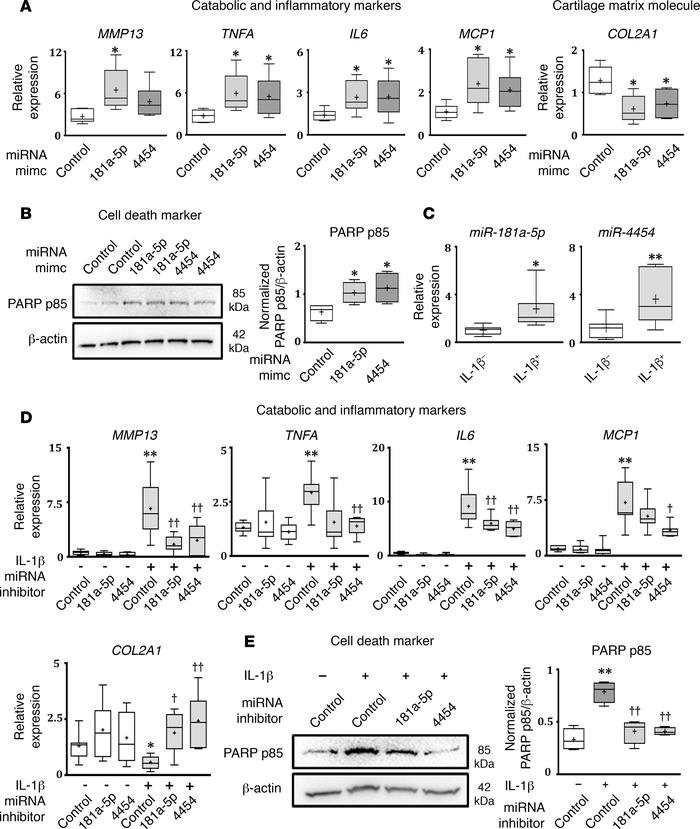