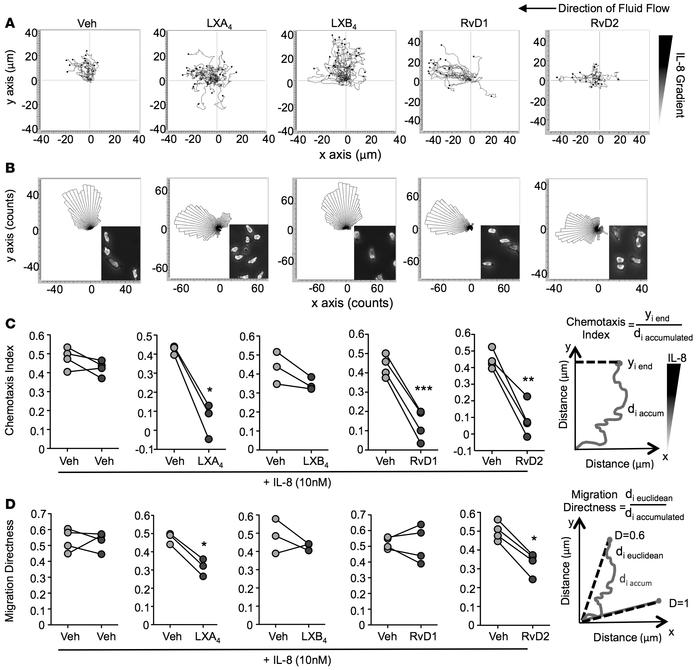 Neutrophils were captured from whole blood of healthy volunteers on P-selectin and ICAM-1–coated microfluidics chambers. Chemotaxis toward an IL-8 gradient (10 nM) was monitored in real time over 30 minutes. During the first 15 minutes, cells were exposed to HBSS + IL-8 (0–10 nM vertical gradient). Then, cells were exposed to a set concentration of resolvin D1 (RvD1), RvD2, lipoxin A4 (LXA4), LXB4 (1 nM), or vehicle (HBSS + 0.1% ethanol) together with the IL-8 gradient over the subsequent 15 minutes. () Representative trajectory paths and () rose plots of migrating cells are shown. Insets in show morphology of neutrophils after exposure to IL-8 or proresolving mediators. () Quantification of neutrophil chemotaxis index and () directness of neutrophil migration as depicted by the graphs; = 3–4 donors per compound. * < 0.05, ** < 0.01, and *** < 0.001 with 2-tailed paired Student’s tests.