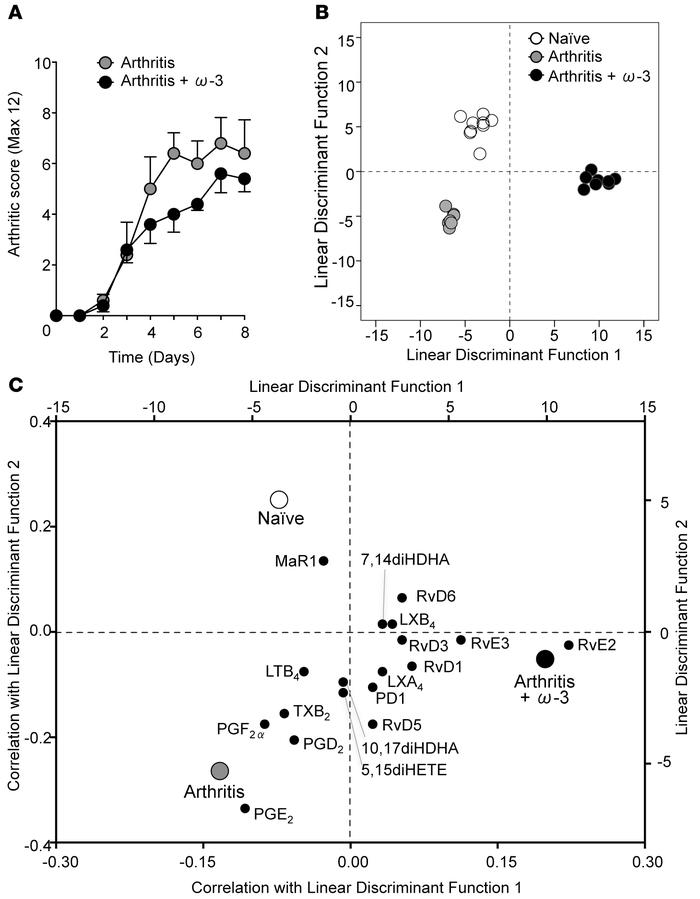 Mice fed a standard or omega-3–supplemented diet were given arthritogenic serum (100 μl, i.p. on days 0 and 2) and () arthritic score was evaluated. () Arthritic paws were collected for metabololipidomics analysis on day 8. Linear discriminant analysis was used to generate 2 discriminant functions from the values of bioactive lipid mediators (as quantified by LC-MS/MS), which maximize the difference between naive, arthritis, and arthritis + omega-3 treatment groups. Each datum corresponds to an individual mouse. The model achieves complete discrimination of the 3 groups. () Correlations of each lipid mediator with the 2 linear discriminant functions are shown on the bottom and left axes. Group centroids for the 2 discriminant functions are plotted on the top and right axes to show the directionality and association of each lipid with the 3 treatment groups. = 7–9 mice per group.