Cell-specific contributions of the polyglutamine-expanded ATXN1 protein on weight and lifespan. 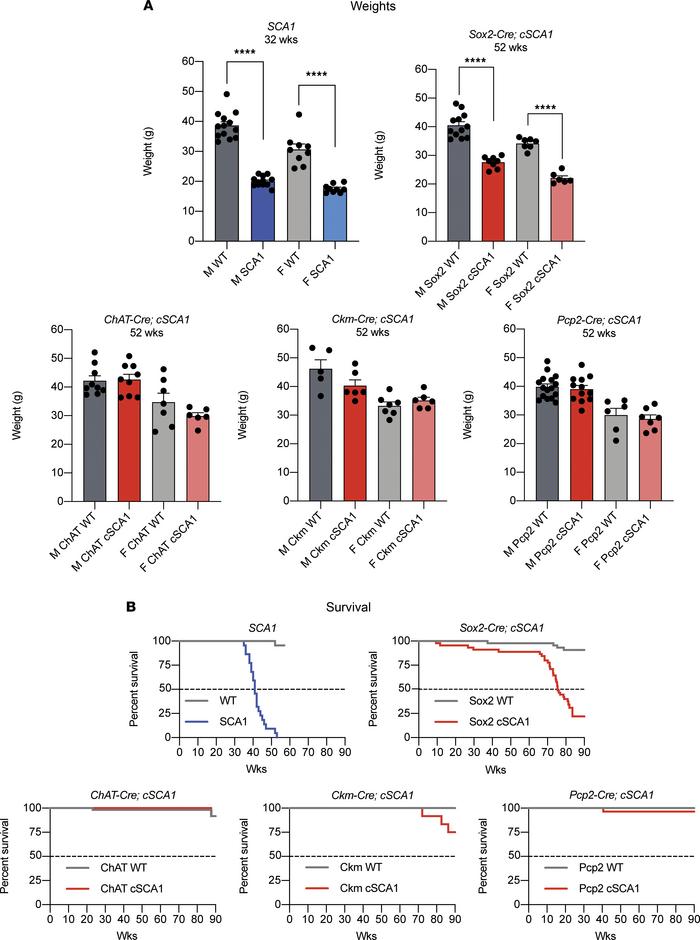