HGP is decreased in mice but not mice with deletion of from Tie2+ endothelial cells via GLP-1– and GIP-dependent pathways. 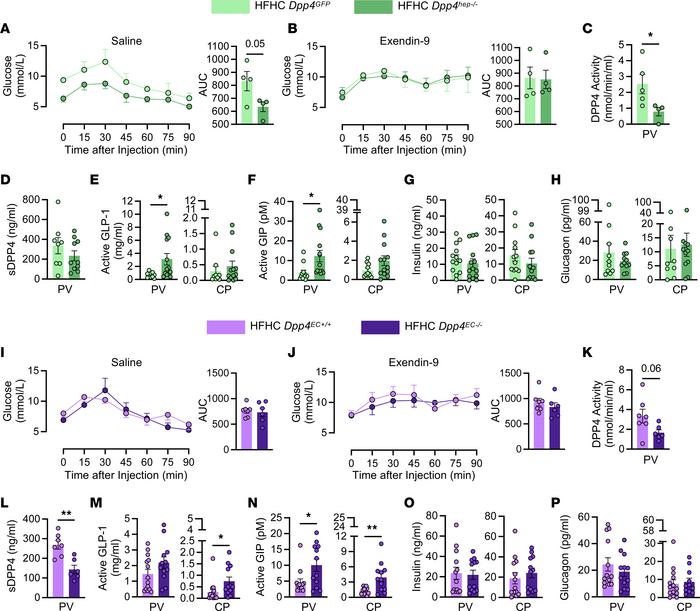