HGP is decreased in HFHC-fed and hepatocyte-specific -knockout mice. 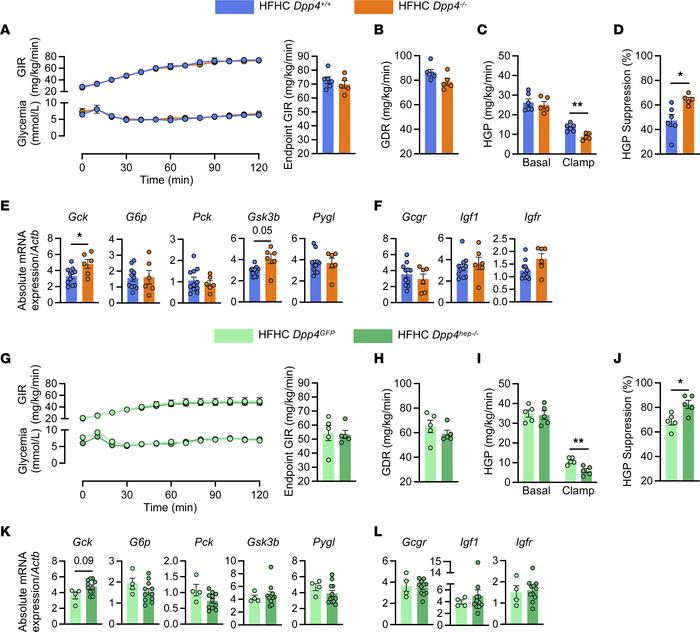