TOX and PD-1 upregulation are largely independent of Tmem subset. 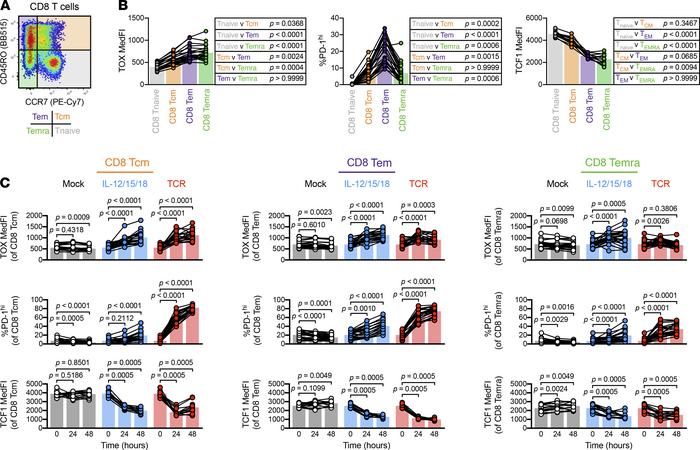