Correlation between leukocyte responses to RvD1 and sepsis clinical severity. 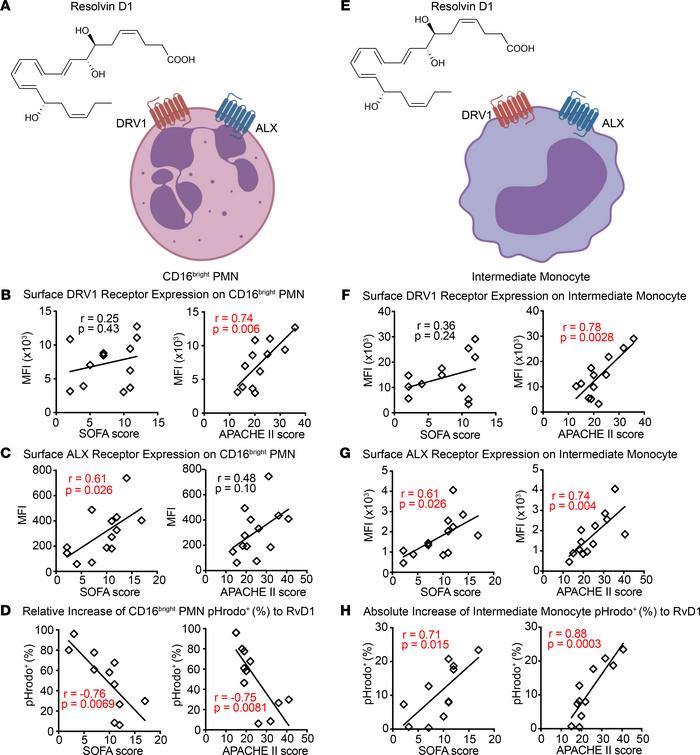