The expression of TCA cycle enzymes is restored by HDAC7 knockdown. 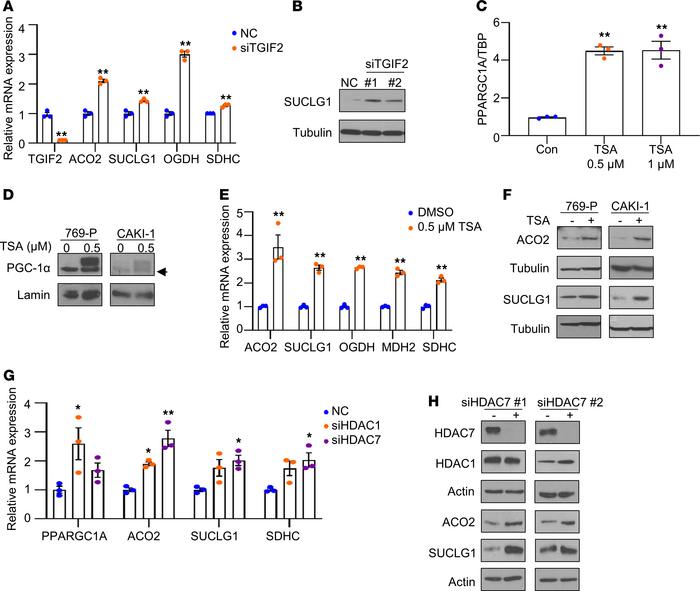