Transcription of the SPINK1 gene is upregulated under hypoxia in a HIF-dependent manner. 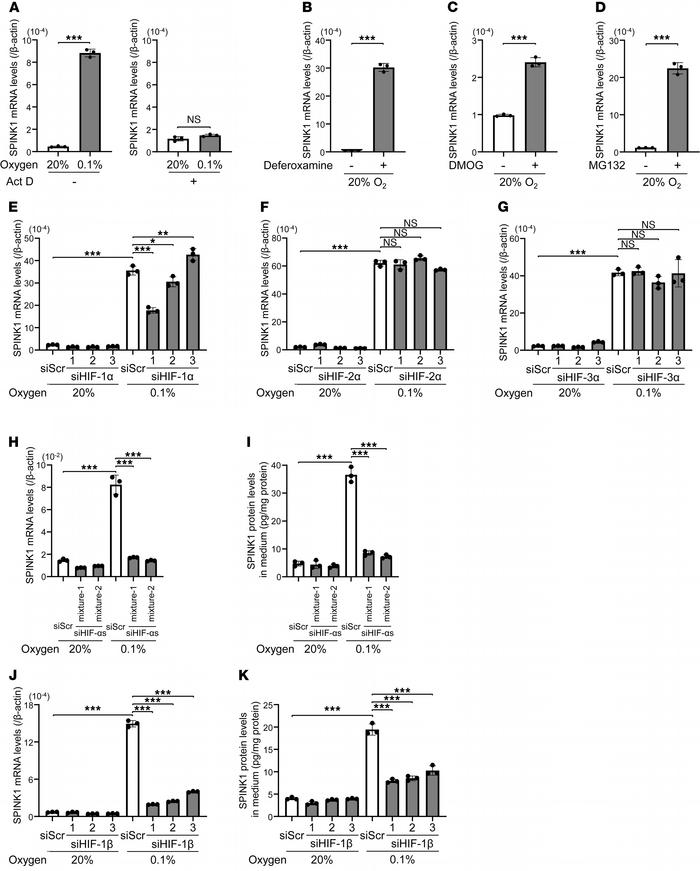