SPINK1 is identified as a candidate plasma marker for tumor hypoxia and potential therapeutic target for radiosensitization. 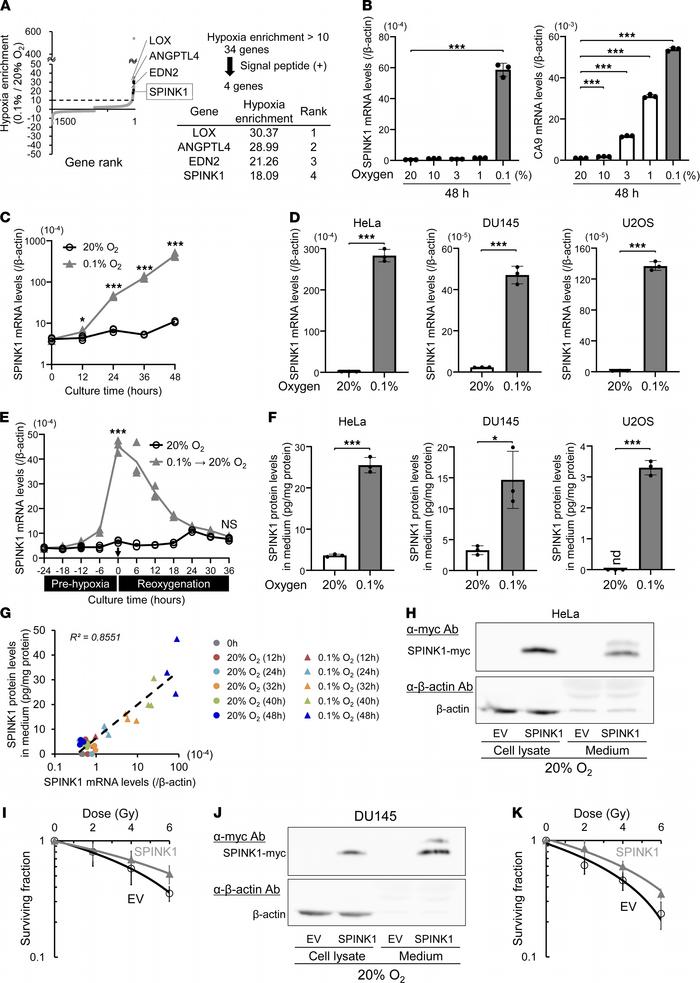