Altered mitochondria activity in osteoblasts and osteoclasts has been implicated in the loss of bone mass associated with aging and estrogen deficiency — the 2 most common causes of osteoporosis. However, the mechanisms that control mitochondrial metabolism in bone cells during health or disease remain unknown. The mitochondrial deacetylase sirtuin-3 (Sirt3) has been earlier implicated in age-related diseases. Here, we show that deletion of Sirt3 had no effect on the skeleton of young mice but attenuated the age-related loss of bone mass in both sexes. This effect was associated with impaired bone resorption. Osteoclast progenitors from aged Sirt3-null mice were able to differentiate into osteoclasts, though the differentiated cells exhibited impaired polykaryon formation and resorptive activity, as well as decreased oxidative phosphorylation and mitophagy. The Sirt3 inhibitor LC-0296 recapitulated the effects of Sirt3 deletion in osteoclast formation and mitochondrial function, and its administration to aging mice increased bone mass. Deletion of Sirt3 also attenuated the increase in bone resorption and loss of bone mass caused by estrogen deficiency. These findings suggest that Sirt3 inhibition and the resulting impairment of osteoclast mitochondrial function could be a novel therapeutic intervention for the 2 most important causes of osteoporosis. 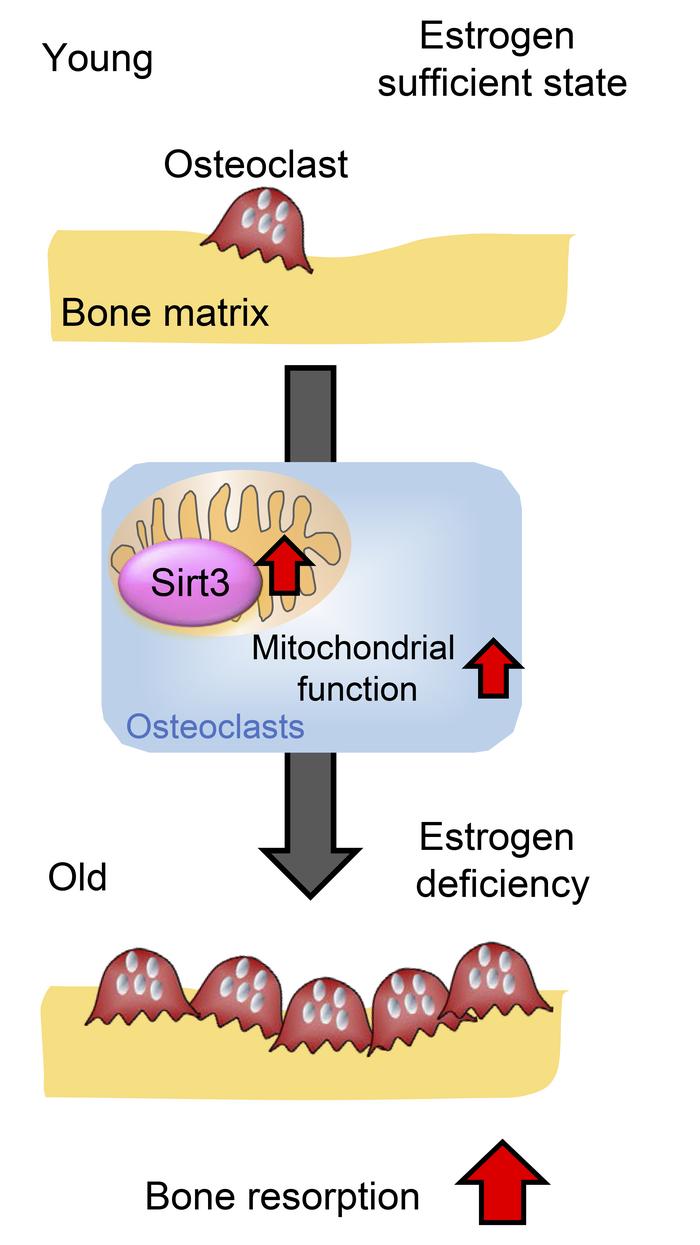