Treatment with AVID200 reduces the degree of fibrosis and TGF-β1 and vWF content in the marrow of mice. 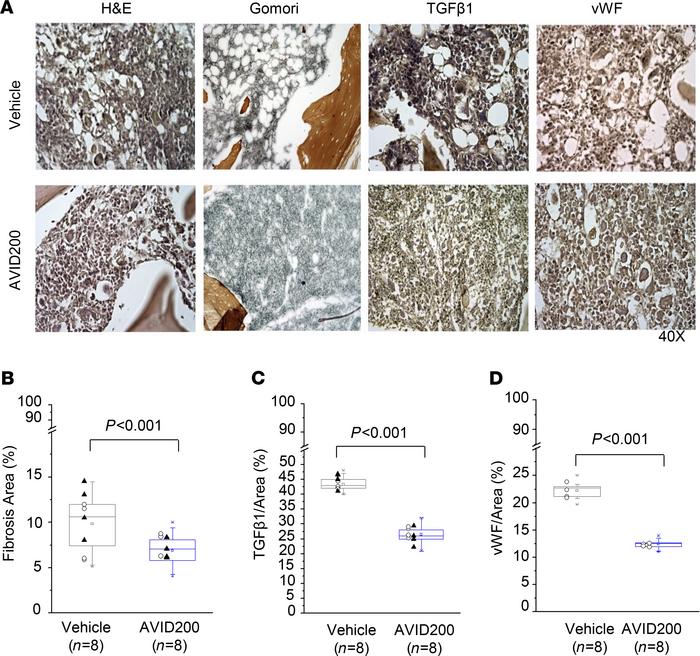 () H&E, Gomori silver, TGF-β1, and vWF (top panels) immunostaining of representative sections from femur of mice from either the vehicle-treated or AVID200-treated group. Males were sacrificed for histological analyses on day 72 (soon after the last treatment) and females on day 78 (6 days after the last treatment). () Quantification of the Gomori silver staining, and () TGF-β1, and () vWF immunostaining of the femurs from mice in the 2 groups. vWF, Von Willebrand factor.