Chagas disease is caused by infection with the protozoan parasite Trypanosoma cruzi (T. cruzi), an intracellular pathogen that causes significant morbidity and death among millions in the Americas from Canada to Argentina. Current therapy involves oral administration of the nitroimidazole benznidazole (BNZ), which has serious side effects that often necessitate cessation of treatment. To both avoid off-target side effects and reduce the necessary dosage of BNZ, we packaged the drug within poly(ethylene glycol)-block-poly(propylene sulfide) polymersomes (BNZ-PSs). We show that these vesicular nanocarriers enhanced intracellular delivery to phagocytic cells and tested this formulation in a mouse model of T. cruzi infection. BNZ-PS is not only nontoxic but also significantly more potent than free BNZ, effectively reducing parasitemia, intracellular infection, and tissue parasitosis at a 466-fold lower dose of BNZ. We conclude that BNZ-PS was superior to BNZ for treatment of T. cruzi infection in mice and that further modifications of this nanocarrier formulation could lead to a wide range of custom controlled delivery applications for improved treatment of Chagas disease in humans. 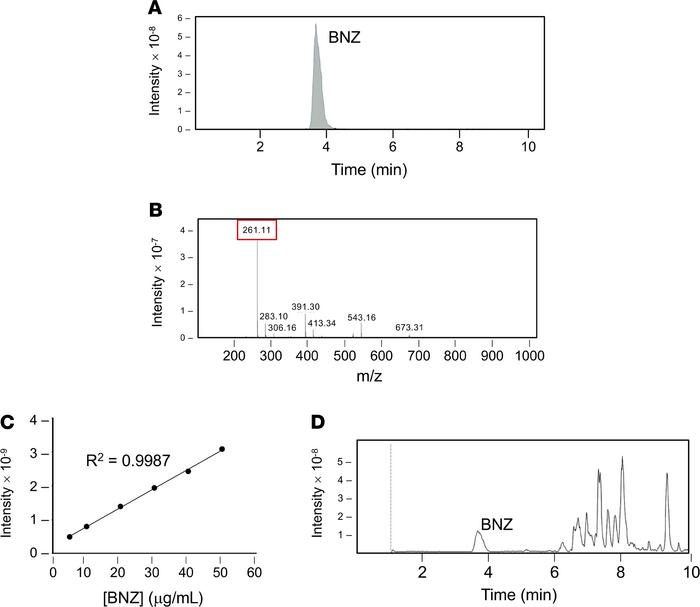