Engineered heart tissue (EHT) strategies, by combining cells within a hydrogel matrix, may be a novel therapy for heart failure. EHTs restore cardiac function in rodent injury models, but more data are needed in clinically relevant settings. Accordingly, an upscaled EHT patch (2.5 cm × 1.5 cm × 1.5 mm) consisting of up to 20 million human induced pluripotent stem cell–derived cardiomyocytes (hPSC-CMs) embedded in a fibrin-based hydrogel was developed. A rabbit myocardial infarction model was then established to test for feasibility and efficacy. Our data showed that hPSC-CMs in EHTs became more aligned over 28 days and had improved contraction kinetics and faster calcium transients. Blinded echocardiographic analysis revealed a significant improvement in function in infarcted hearts that received EHTs, along with reduction in infarct scar size by 35%. Vascularization from the host to the patch was observed at week 1 and stable to week 4, but electrical coupling between patch and host heart was not observed. In vivo telemetry recordings and ex vivo arrhythmia provocation protocols showed that the patch was not pro-arrhythmic. In summary, EHTs improved function and reduced scar size without causing arrhythmia, which may be due to the lack of electrical coupling between patch and host heart.

EHTs are vascularized by the host. 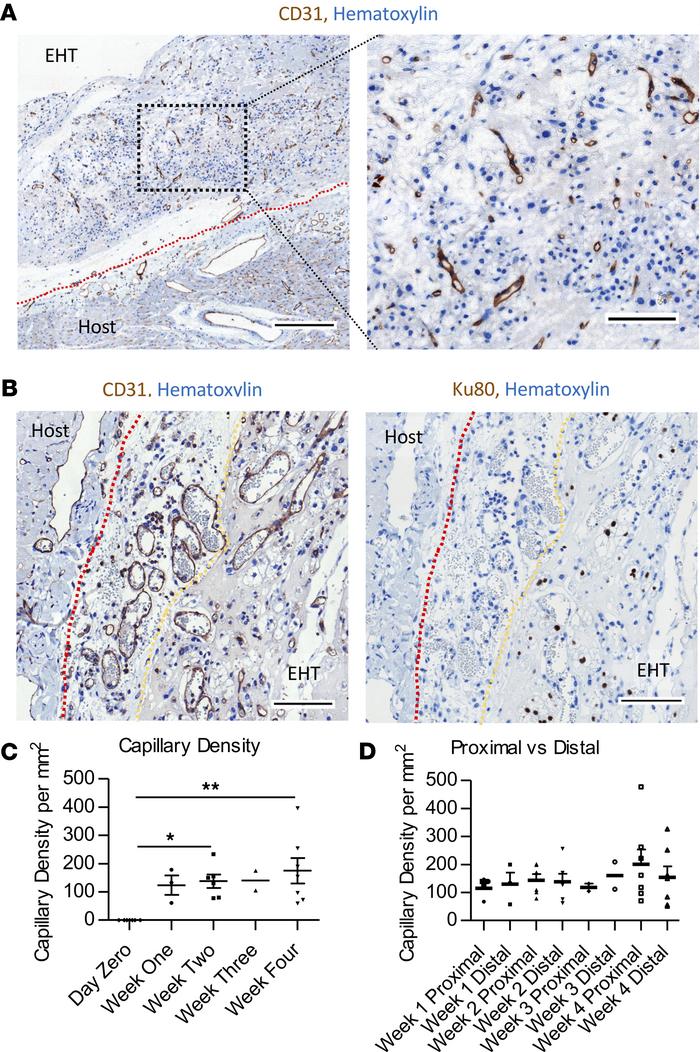