The recently proposed glymphatic pathway for solute transport and waste clearance from the brain has been the focus of intense debate. By exploiting an isotopically enriched MRI tracer, H217O, we directly imaged glymphatic water transport in the rat brain in vivo. Our results reveal glymphatic transport that is dramatically faster and more extensive than previously thought and unlikely to be explained by diffusion alone. Moreover, we confirm the critical role of aquaporin-4 channels in glymphatic transport. 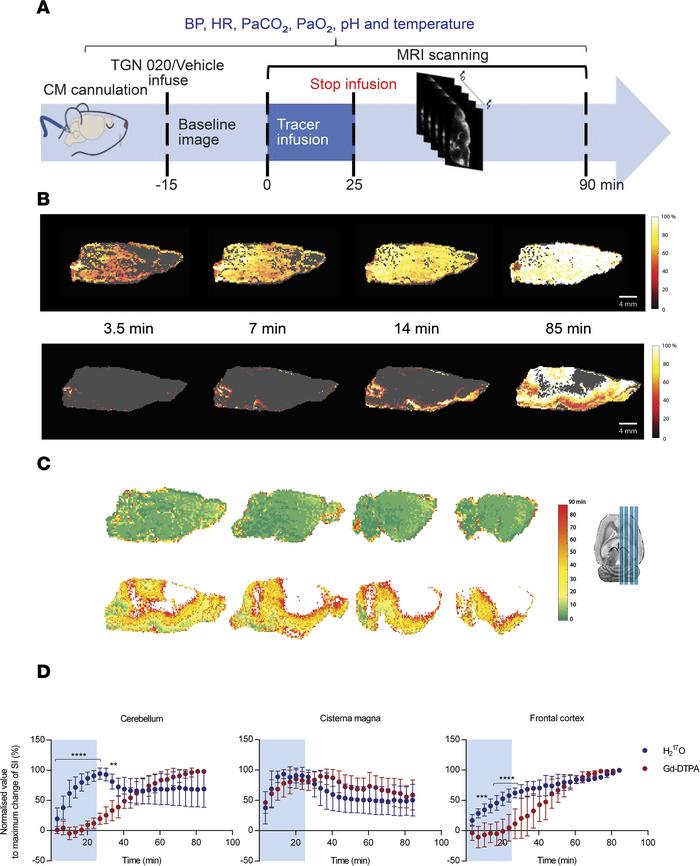