The tryptophan metabolic pathway is highly regulated in the host response to TB disease and chemotherapy-mediated bacterial clearance. 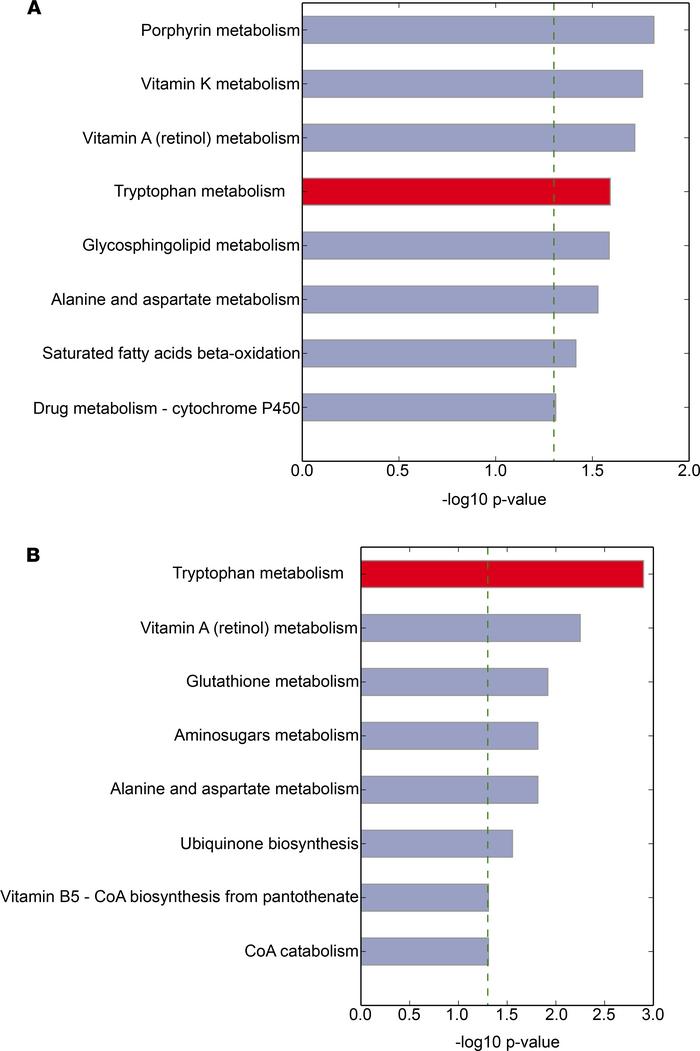 () Differences in metabolic pathway activity () in persons from the country of Georgia with active TB disease at the time of diagnosis ( = 89) versus controls without active TB disease ( = 57). () Changes in metabolic pathway activity in persons from Georgia over 4 months of treatment for drug-susceptible TB (DS-TB) disease with directly observed therapy. The horizontal bars show the magnitude of the –log( value) for pathway enrichment in each pathway.