ERM improves mouse survival after LPS-induced acute lung injury in a manner comparable to that of DEL-1–Fc. 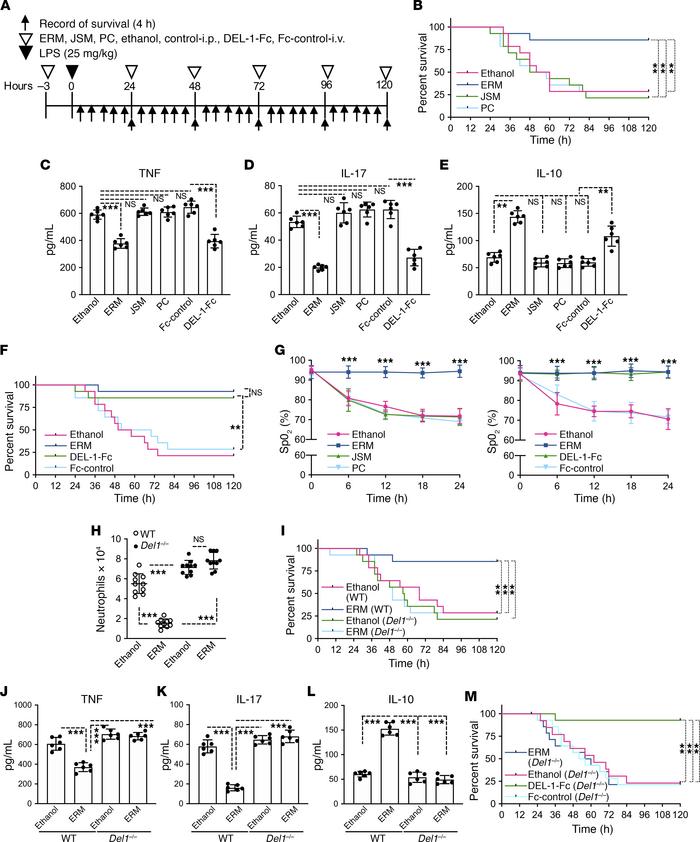