Hex upregulates BDNF and other hippocampal plasticity–associated proteins in the hippocampi of 5XFAD mice. 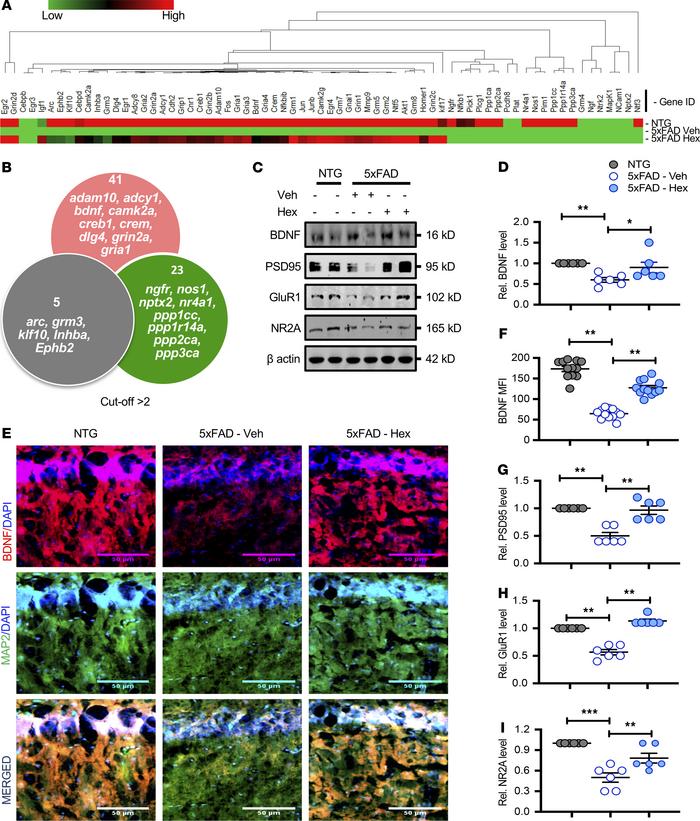