Hex upregulates BDNF and other members of the neurotrophin family in the primary hippocampal neurons. 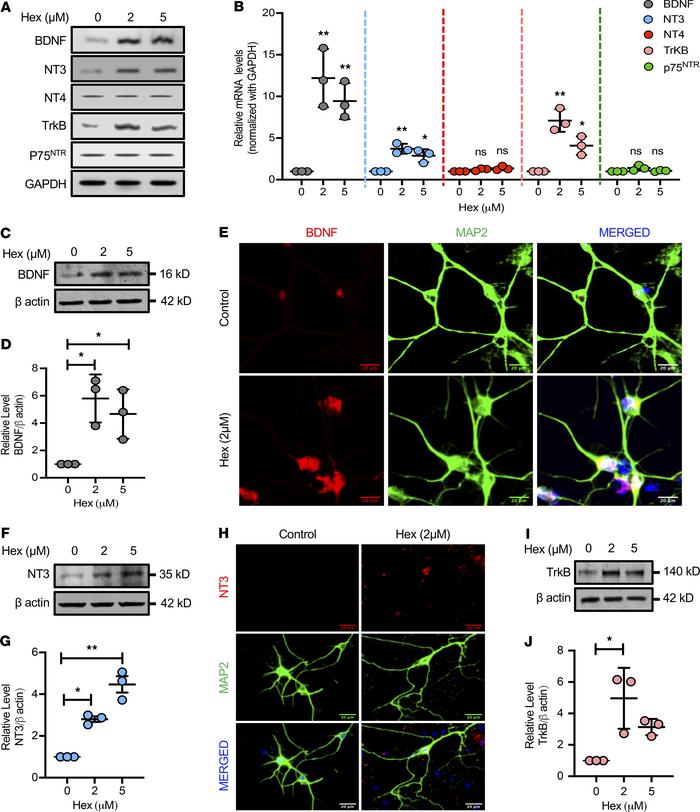