Nuclear localization of nuclear factor of activated T cells in and migration and adhesion of TRPV4-deficient and WT ATI cells. 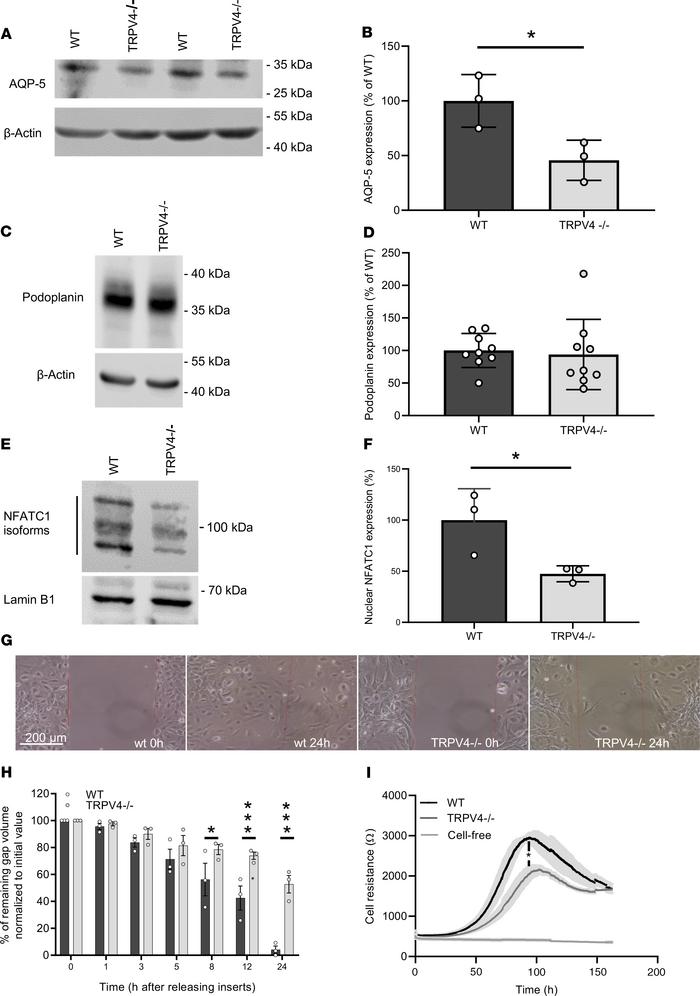