Sustained IL-4–induced analgesia is mediated by opioid peptides and receptors at damaged nerves. 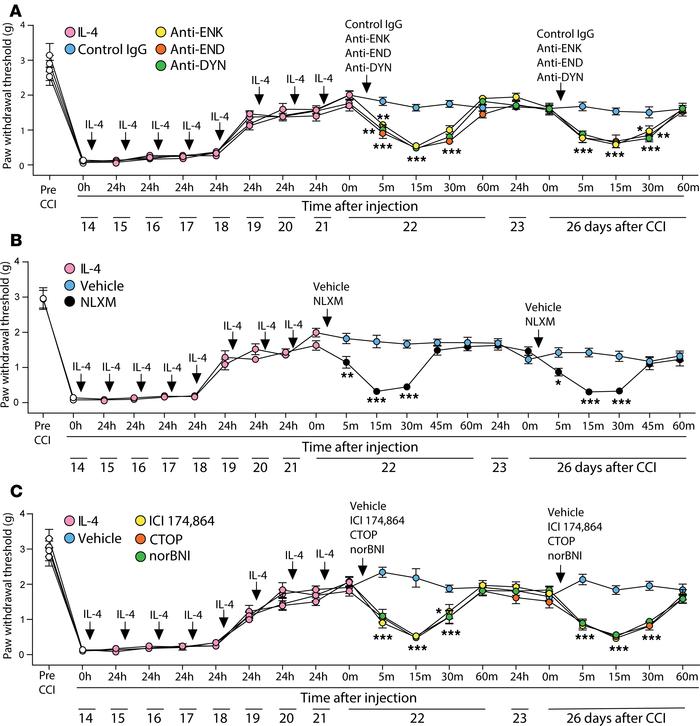