SMC CYB5R3 acts as an sGC reductase in systemic hypertension. 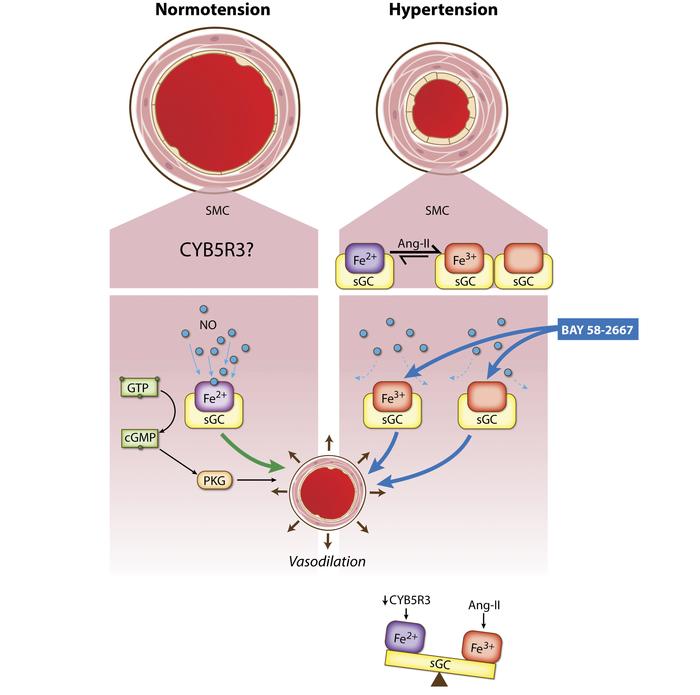