Calorie restriction (CR) improved health span in 2 longitudinal studies in nonhuman primates (NHPs), yet only the University of Wisconsin (UW) study demonstrated an increase in survival in CR monkeys relative to controls; the National Institute on Aging (NIA) study did not. Here, analysis of left ventricle samples showed that CR did not reduce cardiac fibrosis relative to controls. However, there was a 5.9-fold increase of total fibrosis in UW hearts, compared with NIA hearts. Diet composition was a prominent difference between the studies; therefore, we used the NHP diets to characterize diet-associated molecular and functional changes in the hearts of mice. Consistent with the findings from the NHP samples, mice fed a UW or a modified NIA diet with increased sucrose and fat developed greater cardiac fibrosis compared with mice fed the NIA diet, and transcriptomics analysis revealed diet-induced activation of myocardial oxidative phosphorylation and cardiac muscle contraction pathways.

In NHPs, cardiac fibrosis is more abundant in UW animals compared with those from NIA. 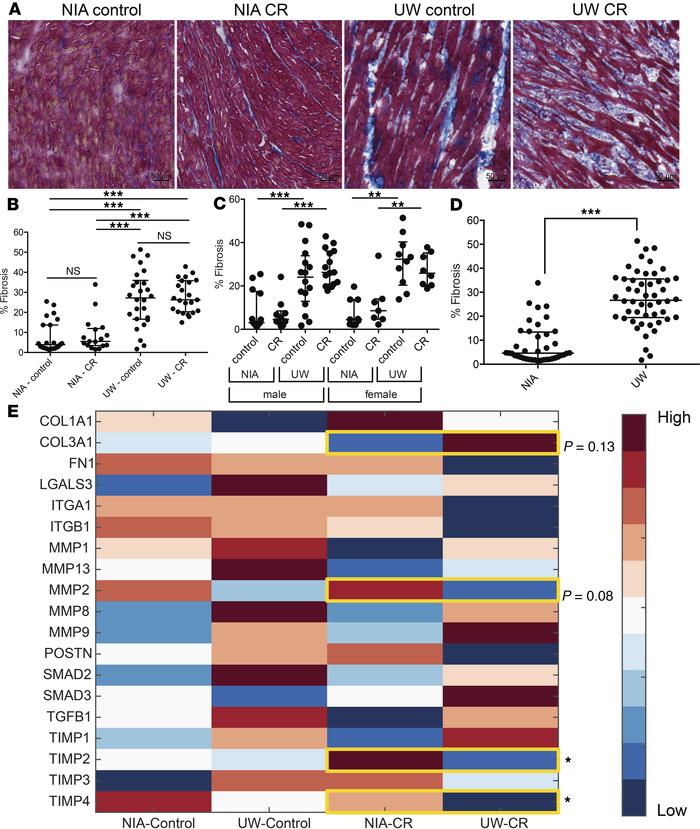