The E3 ubiquitin ligase Parkin plays an important role in regulating clearance of dysfunctional or unwanted mitochondria in tissues, including the heart. However, whether Parkin also functions to prevent cardiac aging by maintaining a healthy population of mitochondria is still unclear. Here, we have examined the role of Parkin in the context of mitochondrial DNA (mtDNA) damage and myocardial aging using a mouse model carrying a proofreading-defective mtDNA polymerase γ (POLG). We observed both decreased Parkin protein levels and development of cardiac hypertrophy in POLG hearts with age; however, cardiac hypertrophy in POLG mice was neither rescued, nor worsened by cardiac-specific overexpression or global deletion of Parkin, respectively. Unexpectedly, mitochondrial fitness did not substantially decline with age in POLG mice when compared with that in WT mice. We found that baseline mitophagy receptor–mediated mitochondrial turnover and biogenesis were enhanced in aged POLG hearts. We also observed the presence of megamitochondria in aged POLG hearts. Thus, these processes may limit the accumulation of dysfunctional mitochondria as well as the degree of cardiac functional impairment in the aging POLG heart. Overall, our results demonstrate that Parkin is dispensable for constitutive mitochondrial quality control in a mtDNA mutation model of cardiac aging. 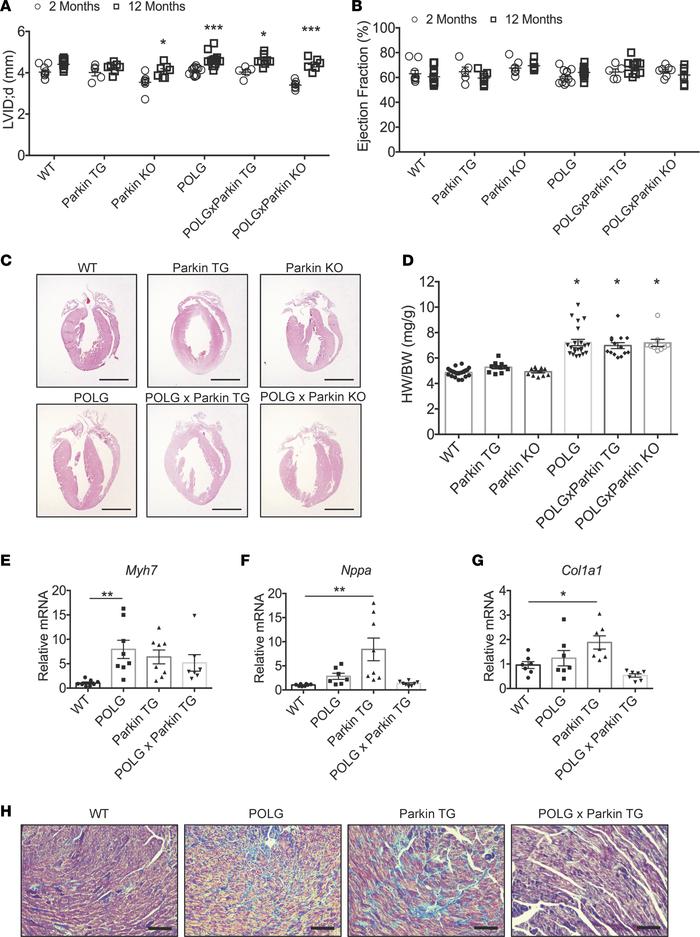