Correlation of X-skewing results with in vitro immunoglobulin production. 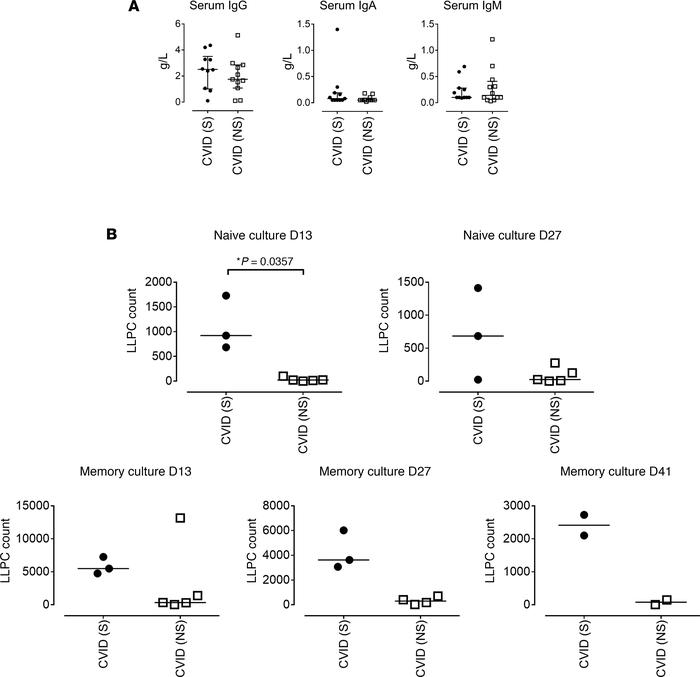 () Baseline (before immunoglobulin replacement therapy) serum IgM, IgA, and IgG of X-skewed (S: ≥80% X-skewing, black, = 10) and non–X-skewed patients with CVID (NS: <80% X-skewing, white, = 11) are shown. () LLPCs: CD20–CD27+CD38+CD138+) were generated from isolated naive or memory B cells from X-skewed and non–X-skewed patients with CVID as previously described. LLPC counts within the naive and memory B cell cultures on day 13, day 27, and day 41. Median and interquartile ranges are depicted. Statistically significant differences are highlighted as * < 0.05 (2-tailed Mann-Whitney test).