The assessment of clonal hematopoiesis in hematological subsets of various age. 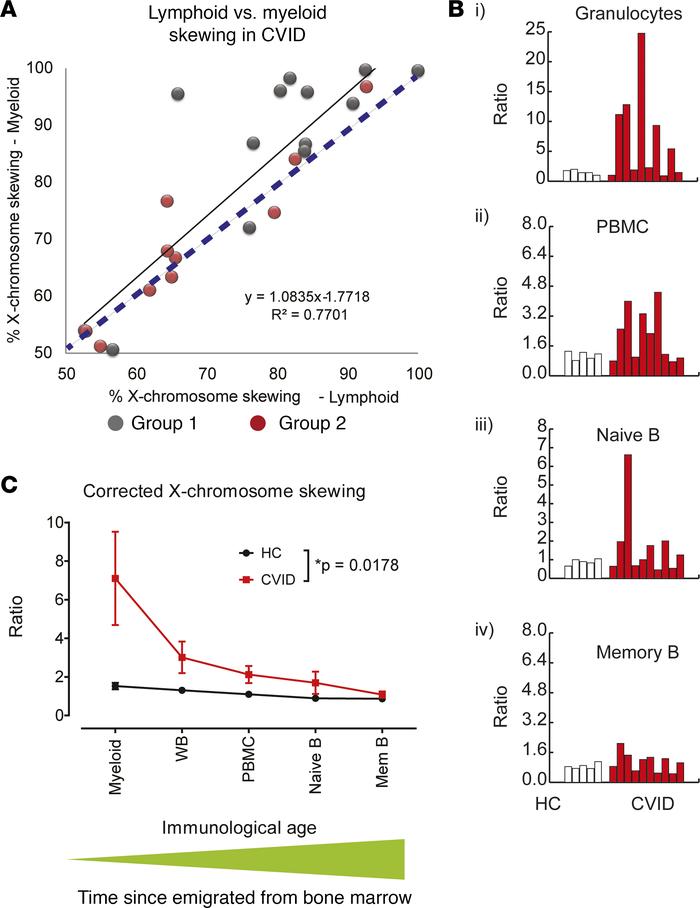 X-skewing of myeloid cells (represented here by granulocytes) and lymphoid cells (represented here by PBMCs) of patients with CVID ( = 23; group 1, = 12, gray; group 2, = 11, red) were compared. () Linear regression (black line) and are shown, while the blue dashed line represents a theoretical 1:1 ratio. () Using buccal X-skewing as a baseline, the ratio of allele 1 and allele 2 in granulocytes, PBMCs, naive B cells (CD27–), and memory B cells (CD27+) were adjusted to the expected value obtained from the matching buccal tissue (HCs, = 5, white; CVID, = 10, red). () Adjusted X-skewing ratios are plotted against immunological time, with granulocytes representing the most recent output from bone marrow and memory B cells representing historical output. Mean and SEM are shown (HCs, = 5; CVID, = 10; 2-way ANOVA). Whole blood (WB).