Peripheral hyperinsulinemia resulting from subcutaneous insulin injection is associated with metabolic defects that include abnormal glucose metabolism. The first aim of this study was to quantify the impairments in liver and muscle glucose metabolism that occur when insulin is delivered via a peripheral vein compared to when it is given through its endogenous secretory route (the hepatic portal vein) in overnight-fasted conscious dogs. The second aim was to determine if peripheral delivery of a hepato-preferential insulin analog could restore the physiologic response to insulin that occurs under meal-feeding conditions. This study is the first to our knowledge to show that hepatic glucose uptake correlates with insulin’s direct effects on the liver under hyperinsulinemic-hyperglycemic conditions. In addition, glucose uptake was equally divided between the liver and muscle when insulin was infused into the portal vein, but when it was delivered into a peripheral vein the percentage of glucose taken up by muscle was 4-fold greater than that going to the liver, with liver glucose uptake being less than half of normal. These defects could not be corrected by adjusting the dose of peripheral insulin. On the other hand, hepatic and nonhepatic glucose metabolism could be fully normalized by a hepato-preferential insulin analog. 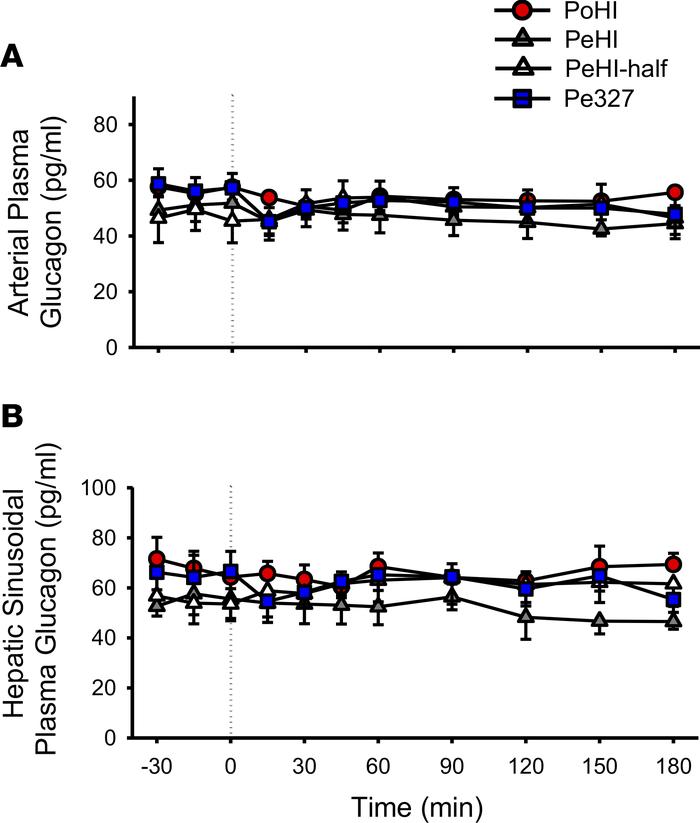