Epidemiological findings indicate that coinfection with influenza viruses is associated with an increased risk of death in patients suffering from tuberculosis, but the underlying pathomechanisms are not well understood. In this study, we demonstrate that influenza A virus (IAV) coinfection rapidly impairs control of Mycobacterium tuberculosis (Mtb) in C57BL/6 mice. IAV coinfection was associated with significantly increased bacterial loads, reduced survival, and a substantial modulation of innate and adaptive immune defenses including an impaired onset and development of Mtb-specific CD4+ T cell responses and the accumulation of macrophages with increased arginase-1 production in the lungs. Our findings strongly indicate that IAV coinfection compromises the host’s ability to control Mtb infection via the production of IL-10, which was rapidly induced upon viral infection. The blockade of IL-10 receptor signaling reduced the bacterial load in coinfected mice to a level comparable to that in Mtb-only-infected animals. Taken together, our data suggest that IL-10 signaling constitutes a major pathway that enhances susceptibility to Mtb during concurrent IAV infection. 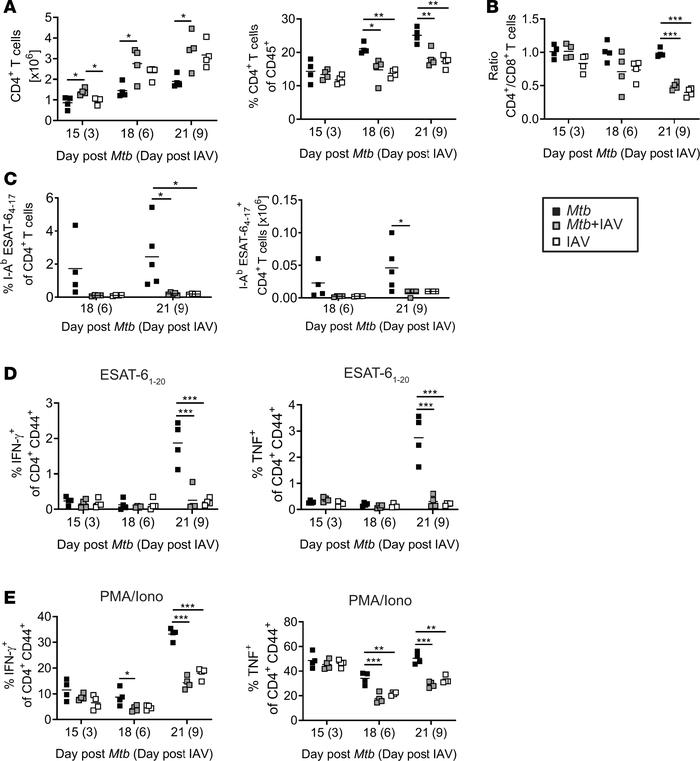