The lack of intrinsic motivation to engage in, and adhere to, physical exercise has major health consequences. However, the neurobiological bases of exercise motivation are still unknown. This study aimed at examining whether the endocannabinoid system (ECS) is involved in this process. To do so, we developed an operant conditioning paradigm wherein mice unlocked a running wheel with nose pokes. Using pharmacological tools and conditional mutants for cannabinoid type-1 (CB1) receptors, we provide evidence that CB1 receptors located on GABAergic neurons are both necessary and sufficient to positively control running motivation. Conversely, this receptor population proved dispensable for the modulation of running duration per rewarded sequence. Although the ECS mediated the motivation for another reward, namely palatable food, such a regulation was independent from CB1 receptors on GABAergic neurons. In addition, we report that the lack of CB1 receptors on GABAergic neurons decreases the preference for running over palatable food when mice were proposed an exclusive choice between the two rewards. Beyond providing a paradigm that enables motivation processes for exercise to be dissected either singly or in concurrence, this study is the first to our knowledge to identify a neurobiological mechanism that might contribute to sedentary behavior.

The rewarding effect of conditioned wheel running is linked to dopaminergic activity. 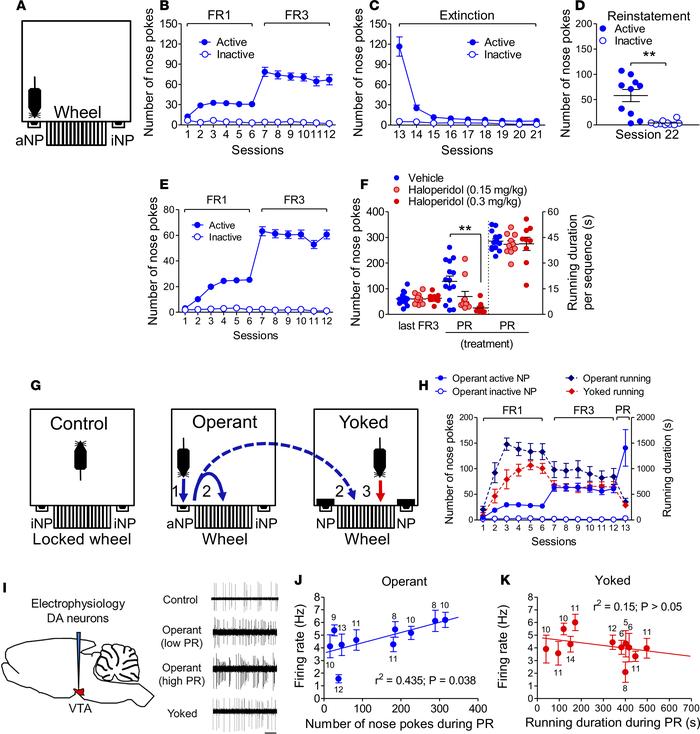