Obesity hypoventilation syndrome (OHS) is a serious disorder characterized by daytime hypercapnia, disordered breathing, and a reduction in chemosensitivity. Vertical sleeve gastrectomy (VSG), a bariatric surgical procedure resulting in weight loss and weight-independent improvements in glucose metabolism, has been observed to substantially improve sleep-disordered breathing. However, it is unclear if the ventilatory effects of VSG are secondary to weight loss or the marked change in metabolic physiology. Using preclinical mouse models, we found that VSG leads to an improvement in the hypercapnic ventilatory response (HCVR) and reductions in circulating leptin levels independent of reductions in body mass, fat mass, and caloric intake. In the absence of leptin, VSG continues to improve body mass, fat mass, and glucose tolerance in ob/ob mice but no longer affects HCVR. However, the HCVR of ob/ob mice can be returned to wild-type levels with leptin treatment. These data demonstrate that VSG improves chemosensitivity and ventilatory drive via a leptin-dependent mechanism. Clinically, these data downgrade the relative contribution of physical, mechanical load in the pathogenesis of OHS, and instead point to physiological components of obesity, including alterations in leptin signaling, as key drivers in OHS. 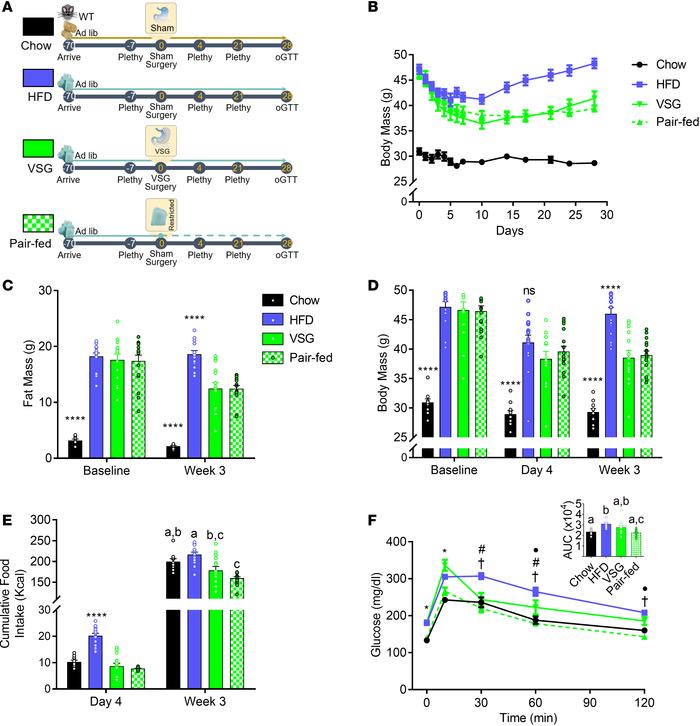