Mutations in the ER chaperone calreticulin (CALR) are common in myeloproliferative neoplasm (MPN) patients, activate the thrombopoietin receptor (MPL), and mediate constitutive JAK/STAT signaling. The mechanisms by which CALR mutations cause myeloid transformation are incompletely defined. We used mass spectrometry proteomics to identify CALR-mutant interacting proteins. Mutant CALR caused mislocalization of binding partners and increased recruitment of FLI1, ERP57, and CALR to the MPL promoter to enhance transcription. Consistent with a critical role for CALR-mediated JAK/STAT activation, we confirmed the efficacy of JAK2 inhibition on CALR-mutant cells in vitro and in vivo. Due to the altered interactome induced by CALR mutations, we hypothesized that CALR-mutant MPNs may be vulnerable to disruption of aberrant CALR protein complexes. A synthetic peptide designed to competitively inhibit the carboxy terminal of CALR specifically abrogated MPL/JAK/STAT signaling in cell lines and primary samples and improved the efficacy of JAK kinase inhibitors. These findings reveal what to our knowledge is a novel potential therapeutic approach for patients with CALR-mutant MPN. 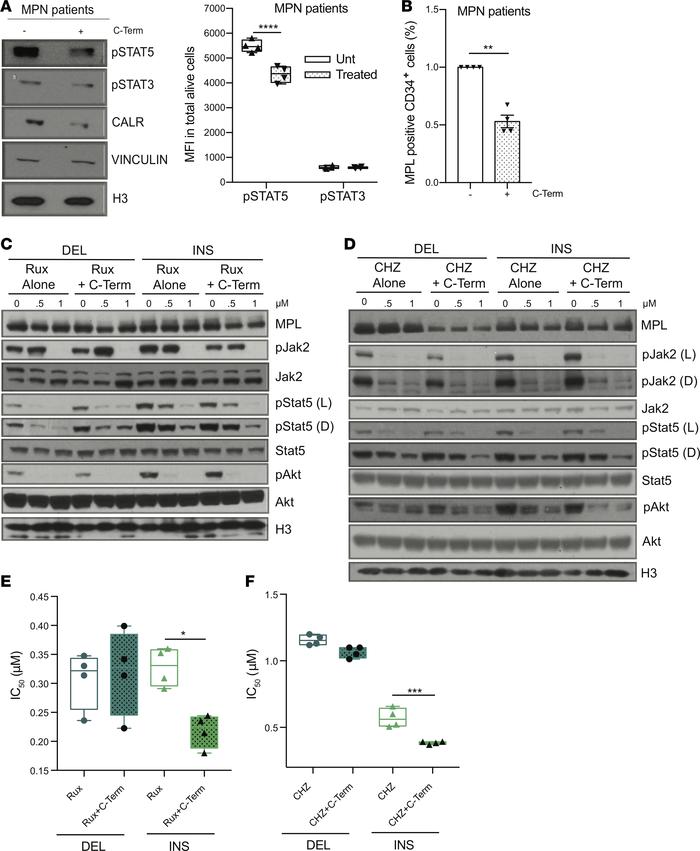