Zika virus (ZIKV) infection during pregnancy causes significant adverse sequelae in the developing fetus, and results in long-term structural and neurologic defects. Most preventive and therapeutic efforts have focused on the development of vaccines, antivirals, and antibodies. The placental immunologic response to ZIKV, however, has been largely overlooked as a target for therapeutic intervention. The placental inflammatory response, specifically IL-1β secretion and signaling, is induced by ZIKV infection and represents an environmental factor that is known to increase the risk of perinatal developmental abnormalities. We show in a mouse model that maternally administrated IL-1 receptor antagonist (IRA; Kineret, or anakinra), following ZIKV exposure, can preserve placental function (by improving trophoblast invasion and placental vasculature), increase fetal viability, and reduce neurobehavioral deficits in the offspring. We further demonstrate that while ZIKV RNA is highly detectable in placentas, it is not correlated with fetal viability. Beyond its effects in the placenta, we show that IL-1 blockade may also directly decrease fetal neuroinflammation by mitigating fetal microglial activation in a dose-dependent manner. Our studies distinguish the role of placental inflammation during ZIKV-infected pregnancies, and demonstrate that maternal IRA may attenuate fetal neuroinflammation and improve perinatal outcomes.

Historic and contemporary strains of ZIKV infect the placenta and cause placental dysfunction and developmental abnormalities in offspring. 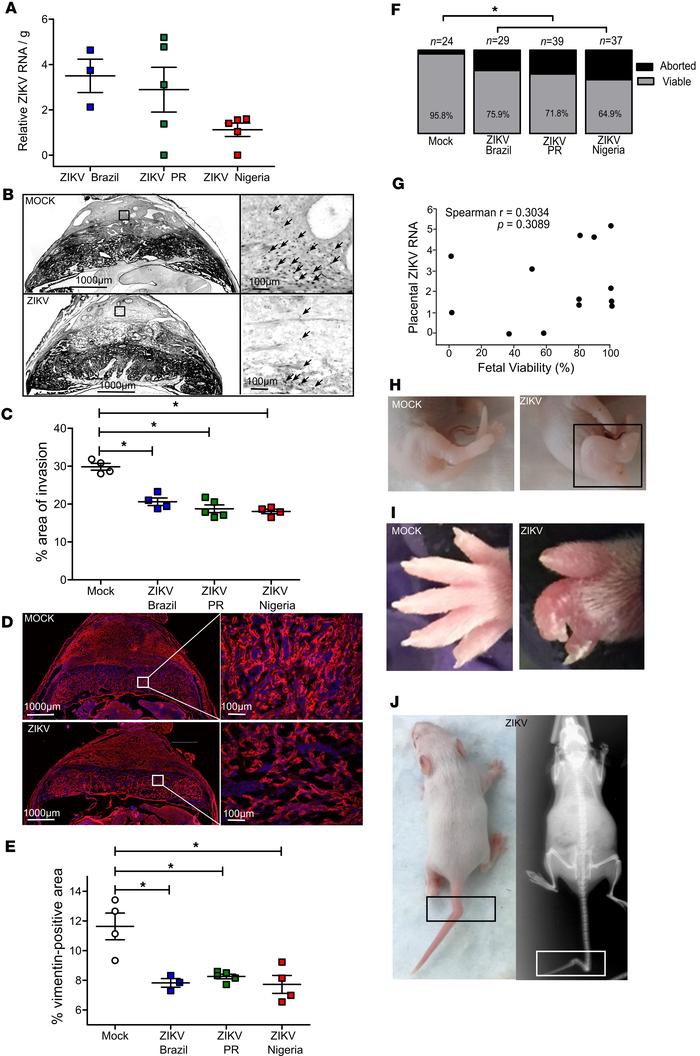