The respiratory tract is normally kept essentially free of bacteria by cilia-mediated mucus transport, but in chronic obstructive pulmonary disease (COPD) and cystic fibrosis (CF), bacteria and mucus accumulates instead. To address the mechanisms behind the mucus accumulation, the proteome of bronchoalveolar lavages from COPD patients and mucus collected in an elastase-induced mouse model of COPD was analyzed, revealing similarities with each other and with the protein content in colonic mucus. Moreover, stratified laminated sheets of mucus were observed in airways from patients with CF and COPD and in elastase-exposed mice. On the other hand, the mucus accumulation in the elastase model was reduced in Muc5b-KO mice. While mucus plugs were removed from airways by washing with hypertonic saline in the elastase model, mucus remained adherent to epithelial cells. Bacteria were trapped on this mucus, whereas, in non–elastase-treated mice, bacteria were found on the epithelial cells. We propose that the adherence of mucus to epithelial cells observed in CF, COPD, and the elastase-induced mouse model of COPD separates bacteria from the surface cells and, thus, protects the respiratory epithelium.

Accumulated airway elastase (PPE) mucus is attached to the epithelium and can be removed by hypertonic saline. 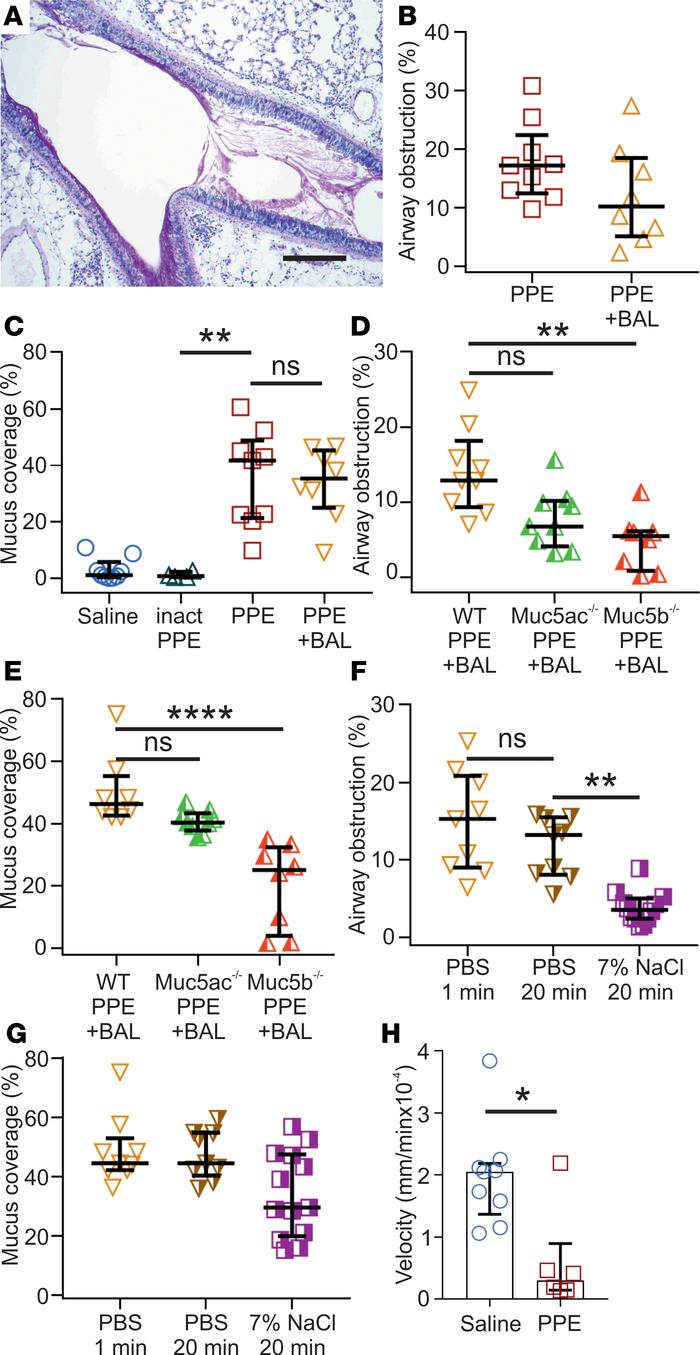