We describe a protective effect on autoimmune diabetes and reduced destructive insulitis in NOD.scid recipients following splenocyte injections from diabetic NOD donors and sorted CD19+ cells compared with NOD.scid recipients receiving splenocytes alone. This protective effect was age specific (only CD19+ cells from young NOD donors exerted this effect; P < 0.001). We found that the CD19+IgM+ cell is the primary subpopulation of B cells that delayed transfer of diabetes mediated by diabetogenic T cells from NOD mice (P = 0.002). Removal of IgM+ cells from the CD19+ pool did not result in protection. Notably, protection conferred by CD19+IgM+ cotransfers were not dependent on the presence of Tregs, as their depletion did not affect their ability to delay onset of diabetes. Blockade of IL-10 with neutralizing antibodies at the time of CD19+ cell cotransfers also abrogated the therapeutic effect, suggesting that IL-10 secretion was an important component of protection. These results were strengthened by ex vivo incubation of CD19+ cells with IL-5, resulting in enhanced proliferation and IL-10 production and equivalently delayed diabetes progression (P = 0.0005). The potential to expand CD19+IgM+ cells, especially in response to IL-5 stimulation or by pharmacologic agents, may be a new therapeutic option for type 1 diabetes. 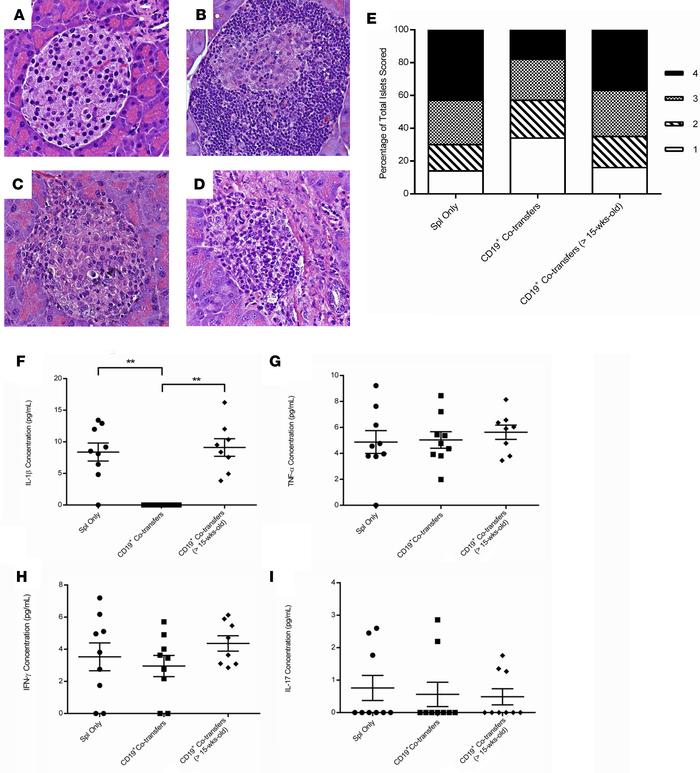