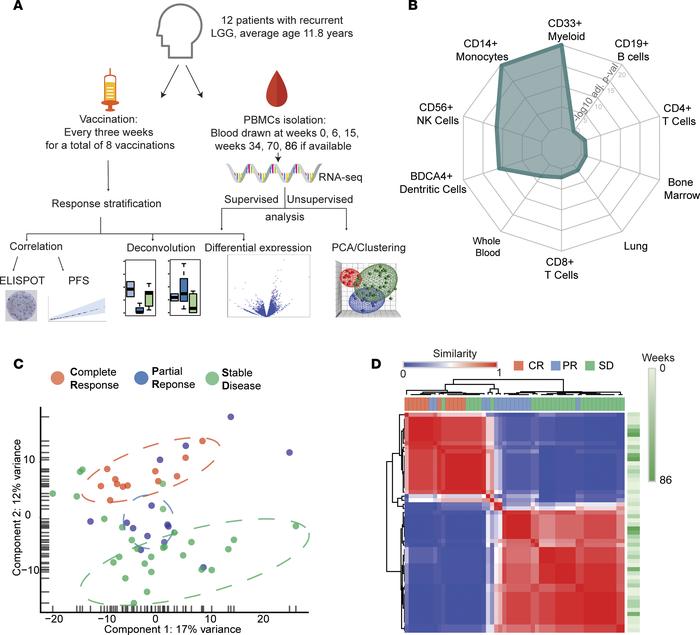 () Overview of the study design and experimental procedure. PFS, progression-free survival. () Estimate of cell types enriched in sequenced PBMCs ( = 12 patients) based on the 300 most highly expressed genes across all samples. The adjusted enrichment value (1-tailed Fisher’s exact test, Benjamini-Hochberg correction) is indicated by the bold green line on the web. The respective cell population is given outside of the web. () Unbiased PCA of PBMC samples ( = 12 patients, 54 total samples). Treatment response is indicated by color; the explained variance by each PC is given below the axes. () Consensus clustering of PBMC samples. Treatment response is indicated by color (top); time from first treatment is indicated in green on the right.