Activation of IRAK1 and induction of neutrophil chemoattractants is IL-1 dependent in the amnion. 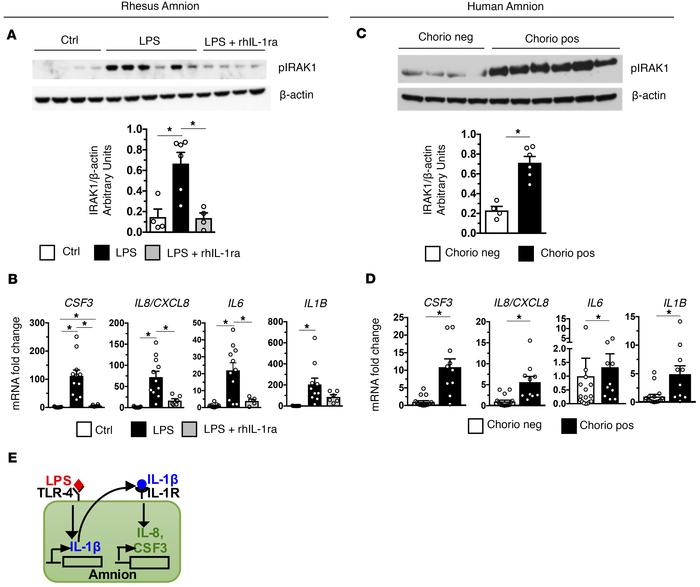