Insulin resistance is associated with increased incidence and enhanced progression of cancers. However, little is known about strategies that can effectively ameliorate insulin resistance and consequently halt cancer progression. Herein, we propose that the transcription factor Nrf2 (also known as Nfe2l2) may be such a target, given its central role in disease prevention. To this end, we developed a mouse that overexpresses the Notch intracellular domain in adipocytes (AdNICD), leading to lipodystrophy-induced severe insulin resistance and subsequent development of sarcomas, as a model reflecting that Notch signaling is deregulated in cancers and shows positive associations with insulin resistance and fatty liver disease in humans. Nrf2 pathway activation was achieved by knocking down Keap1, a repressor of Nrf2, in the AdNICD background. Constitutively enhanced Nrf2 signaling in this setting led to prevention of hepatic steatosis, dyslipidemia, and insulin resistance by repressing hepatic lipogenic pathways and restoration of the hepatic fatty acid profile to control levels. This protective effect of Nrf2 against diabetes extended to significant reduction and delay in sarcoma incidence and latency. Our study highlights that the Nrf2 pathway, which has been induced by small molecules in clinical trials, is a potential therapeutic target against insulin resistance and subsequent risk of cancer. 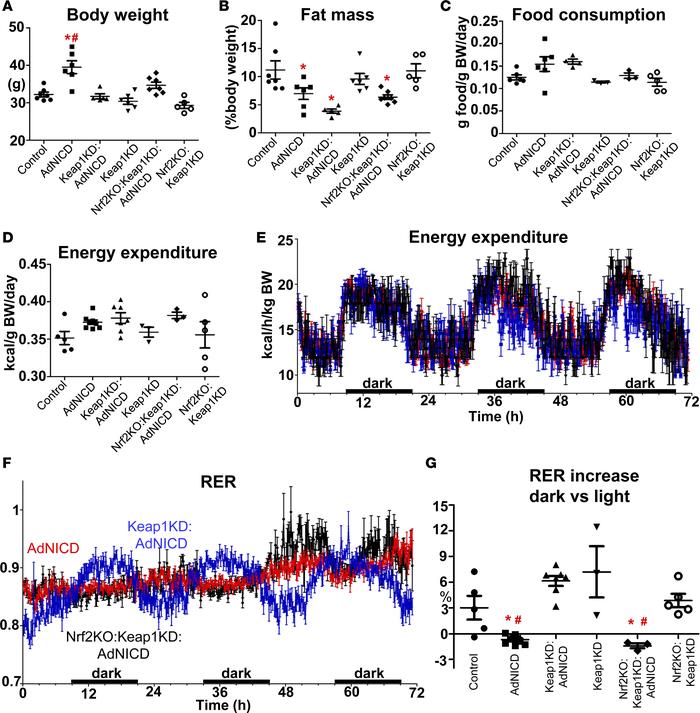