A defect in indoleamine 2,3-dioxygenase 1 (IDO1), which is responsible for immunoregulatory tryptophan catabolism, impairs development of immune tolerance to autoantigens in NOD mice, a model for human autoimmune type 1 diabetes (T1D). Whether IDO1 function is also defective in T1D is still unknown. We investigated IDO1 function in sera and peripheral blood mononuclear cells (PBMCs) from children with T1D and matched controls. These children were further included in a discovery study to identify SNPs in IDO1 that might modify the risk of T1D. T1D in children was characterized by a remarkable defect in IDO1 function. A common haplotype, associated with dysfunctional IDO1, increased the risk of developing T1D in the discovery and also confirmation studies. In T1D patients sharing such a common IDO1 haplotype, incubation of PBMCs in vitro with tocilizumab (TCZ) — an IL-6 receptor blocker — would, however, rescue IDO1 activity. In an experimental setting with diabetic NOD mice, TCZ was found to restore normoglycemia via IDO1-dependent mechanisms. Thus, functional SNPs of IDO1 are associated with defective tryptophan catabolism in human T1D, and maneuvers aimed at restoring IDO1 function would be therapeutically effective in at least a subgroup of T1D pediatric patients. 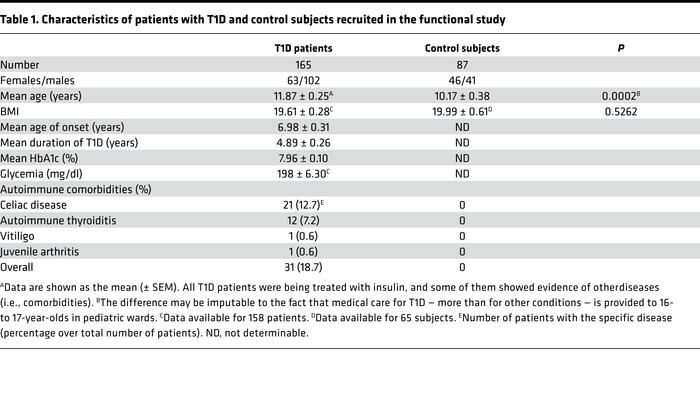