Hepatic TTP is induced by insulin and reduced in diet-induced and genetic murine models of obesity and human diabetics. 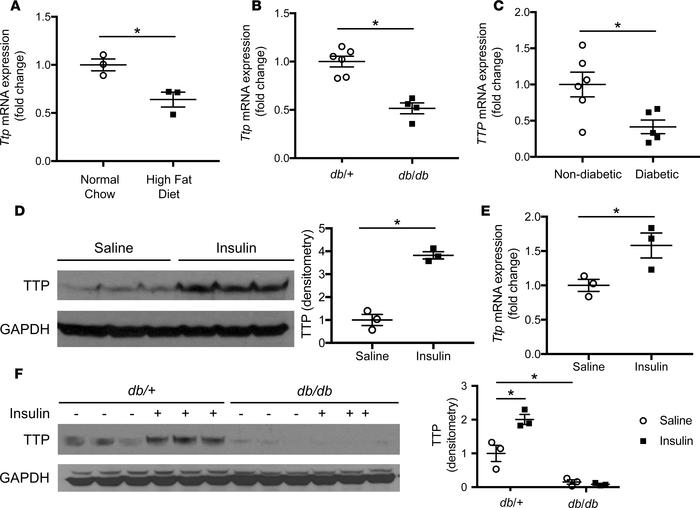