Analysis of lung samples from 30 patients with COPD and 30 controls. 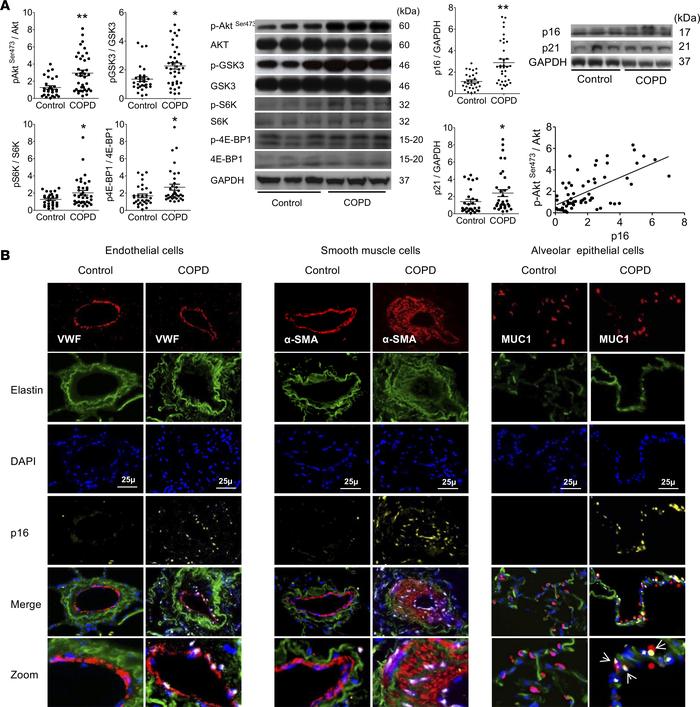