Brown adipose tissue (BAT) is a central organ that acts to increase energy expenditure; its regulatory factors could be clinically useful in the treatment of obesity. Tetrahydrobiopterin (BH4) is an essential cofactor of tyrosine hydroxylase and nitric oxide synthase (NOS). Although BH4 regulates the known regulatory factors of BAT, such as noradrenaline (NA) and NO, participation of BH4 in BAT function remains unclear. In the present study, we investigate the role of BH4 in the regulation of BAT. Hph-1 mice, a mouse model of BH4 deficiency, exhibit obesity, adiposity, glucose intolerance, insulin resistance, and impaired BAT function. Impaired BAT function was ameliorated together with systemic metabolic disturbances by BAT transplantation from BH4-sufficient mice (control mice) into BH4-deficient mice, strongly suggesting that BH4-induced BAT has a critical role in the regulation of systemic energy metabolism. Both NA derived from the sympathetic nerve and NO derived from endothelial NOS in the blood vessels participate in the regulation of BH4. In addition, a direct effect of BH4 in the stimulation of brown adipocytes via NO is implicated. Taken together, BH4 activates BAT and regulates systemic energy metabolism; this suggests an approach for metabolic disorders, such as obesity and diabetes. 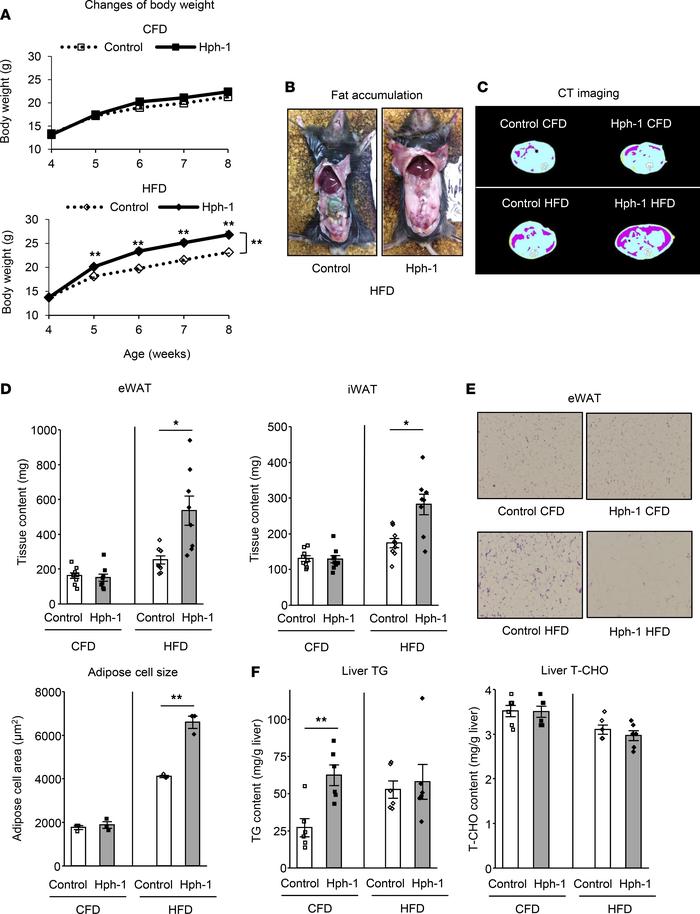