Hsp90 and its ATPase activity elevated in fibrotic lungs. 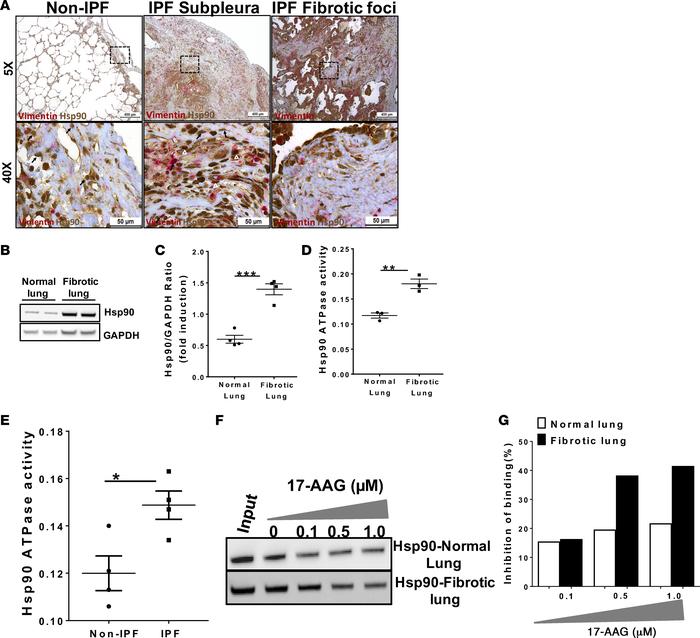