T cells play a significant role in the pathogenesis of systemic autoimmune diseases, including systemic lupus erythematosus; however, there is relatively little information on the nature and specificity of autoreactive T cells. Identifying such cells has been technically difficult because they are likely to be rare and low affinity. Here, we report a method for identifying autoreactive T cell clones that recognize proteins contained in autoantibody immune complexes, providing direct evidence that functional autoreactive helper T cells exist in the periphery of normal mice. These T cells significantly enhanced autoreactive B cell proliferation and altered B cell differentiation in vivo. Most importantly, these autoreactive T cells were able to rescue many aspects of the TLR-deficient AM14 (anti-IgG2a rheumatoid factor) B cell response, suggesting that TLR requirements can be bypassed. This result has implications for the efficacy of TLR-targeted therapy in the treatment of ongoing disease.

13C2 T cells can adopt a Tfh cell phenotype and induce AM14 B cells to differentiate into germinal center cells. 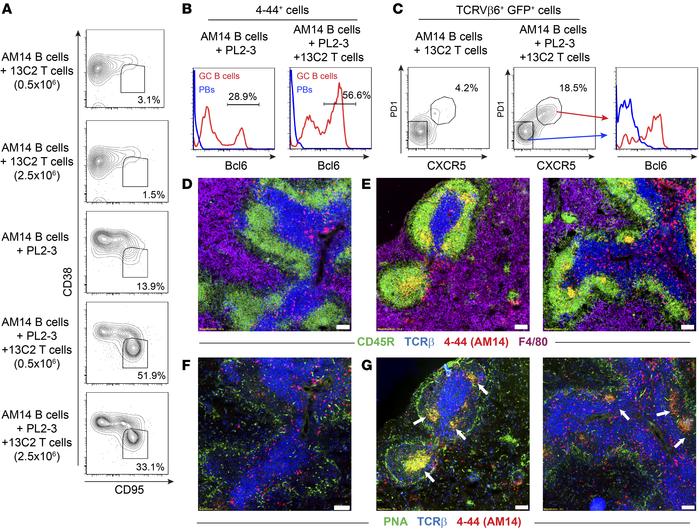