We report the 12-month clinical and imaging data on the effects of bilateral delivery of the glutamic acid decarboxylase gene into the subthalamic nuclei (STN) of advanced Parkinson’s disease (PD) patients.

45 PD patients were enrolled in a 6-month double-blind randomized trial of bilateral AAV2- delivery into the STN compared with sham surgery and were followed for 12 months in open-label fashion. Subjects were assessed with clinical outcome measures and 18F-fluorodeoxyglucose (FDG) PET imaging.

These findings show that clinical benefits after gene therapy with STN AAV2- in PD patients persist at 12 months. 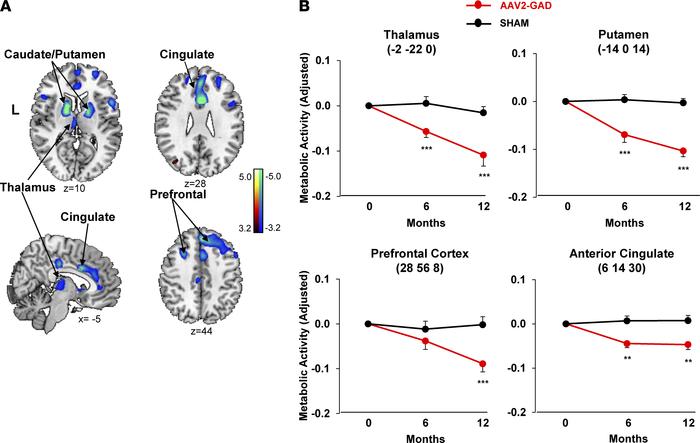