Overall study design for the HALP and MESA cohorts. 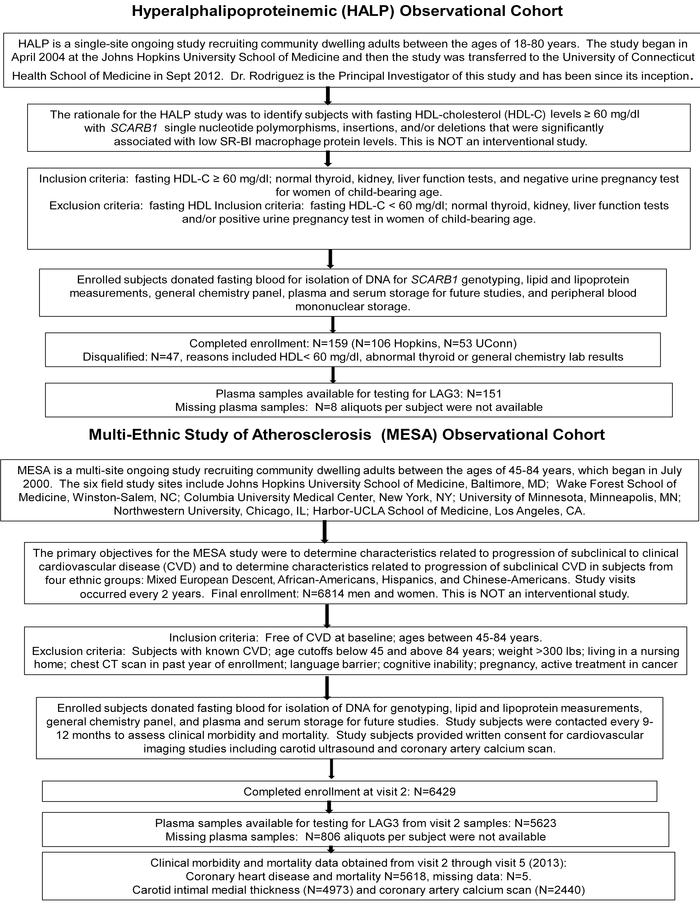