The stasis of mucus secretions in the lungs of cystic fibrosis (CF) patients leads to recurrent infections and pulmonary exacerbations, resulting in decreased survival. Prior studies have assessed the biochemical and biophysical features of airway mucus in individuals with CF. However, these measurements are unable to probe mucus structure on microscopic length scales relevant to key players in the progression of CF-related lung disease, namely, viruses, bacteria, and neutrophils. In this study, we quantitatively determined sputum microstructure based on the diffusion of muco-inert nanoparticle probes in CF sputum and found that a reduction in sputum mesh pore size is characteristic of CF patients with reduced lung function, as indicated by measured FEV1. We also discovered that the effect of ex vivo treatment of CF sputum with rhDNase I (Pulmozyme) on microstructure is dependent upon the time interval between the most recent inhaled rhDNase I treatment and the sample collection. Microstructure of mucus may serve as a marker for the extent of CF lung disease and as a parameter for assessing the effectiveness of mucus-altering agents. 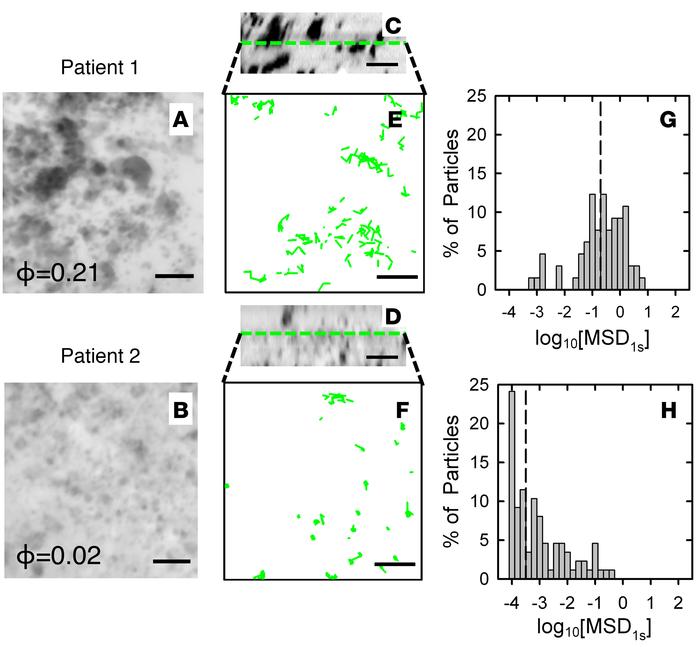